Martyr Or The Death Of St Eulalia 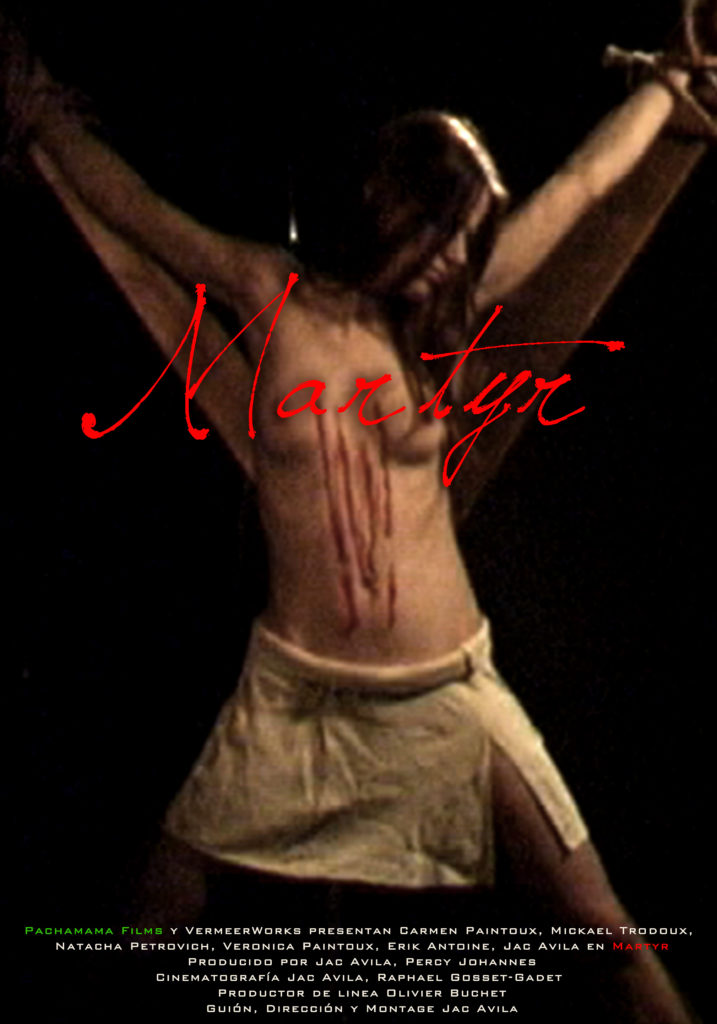 With the release of this boldly offbeat study in a failing relationship in 2005, Pachamama Films announced themselves on the World Stage. For a company that conjoins European and South American sensibilities, it was somehow appropriate that the two continents would meet halfway, filming the downbeat tale in New York (…) The film succeeds because of the confident direction of Jac Avila, which treats a contemporary personal journey as it were an Illustrated Manuscript, thereby adapting the Medieval to the contemporaneous. Employing super impositions, and intimate hand-held shots, his primary perspective is omnipotent in its bird’s eye views. While the cumulative effect is of moodiness, his scene of Camille’s crucifixion is convincing. Interestingly, he suggests modeling to be a form of Martyrdom. Review of Martyr by Charles Longberger 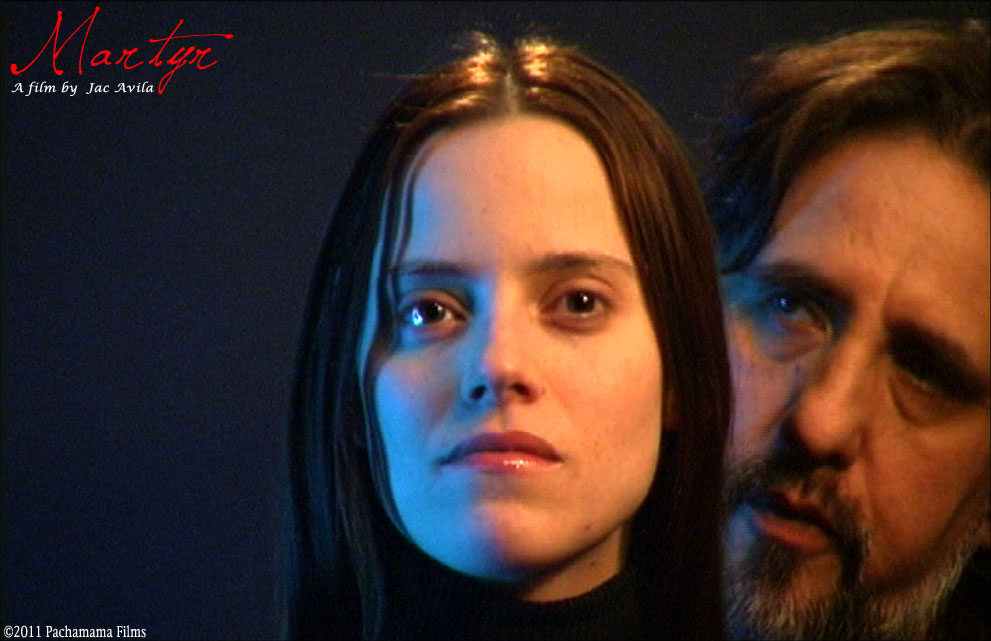 As the postmodern world is stormed by an onslaught of religious fundamentalism and resurrected holy wars, Camille, a 21st century young French woman, experiences the passion of a 3rd century virgin martyr.

Written and Directed By
Jac Avila