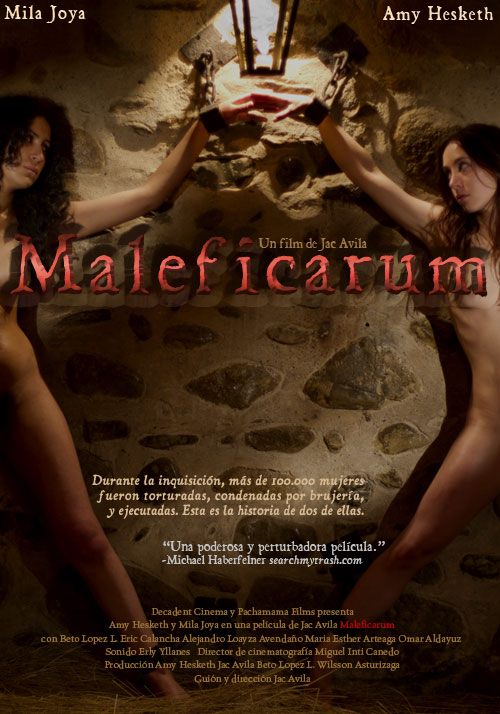 Based on the archives of the Santa Inquisición de Lima, Maleficarum is the story of Francisca de la Cruz, (Mila Joya ) a wealthy orphan and Mariana de Castro (Amy Hesketh), her widowed protestant friend, who live surrounded by a town in which they are the center of hostile gossip.

Francisco Verdugo, the Inquisitor, has his own ambitions. He has his greedy eyes on the orphan heiress’s properties, but he needs a pretext.

A confrontation in the street among a group of girls gives him the perfect excuse to arrest Mariana and Francisca and enchain them in the horror chambers of the Inquisition, leading them to a frightful end as they are convicted of witchcraft. 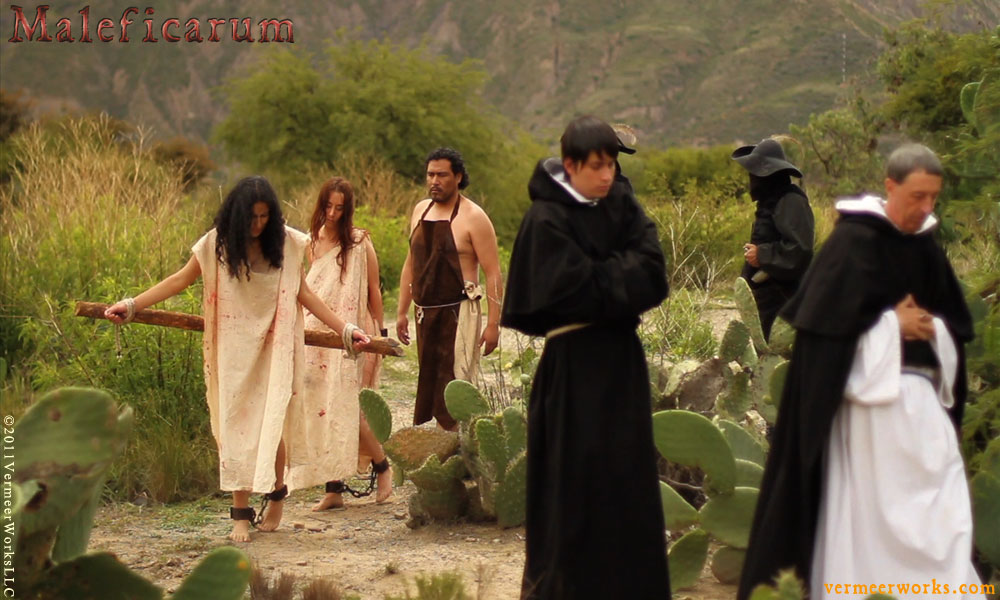 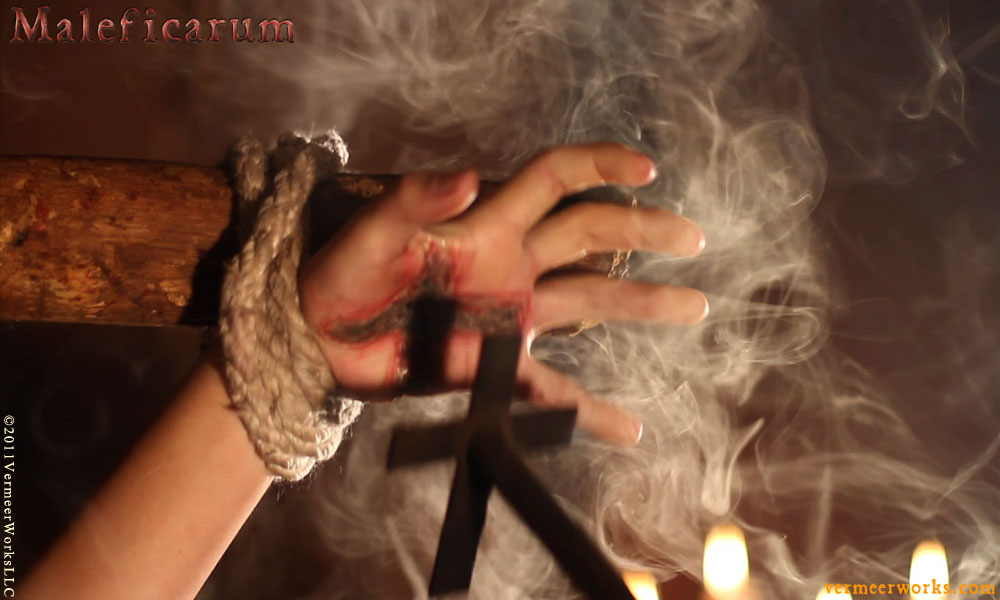 Get the DVD of Maleficarum, Theatrical Version Here

Get the DVD of Maleficarum Director’s Cut