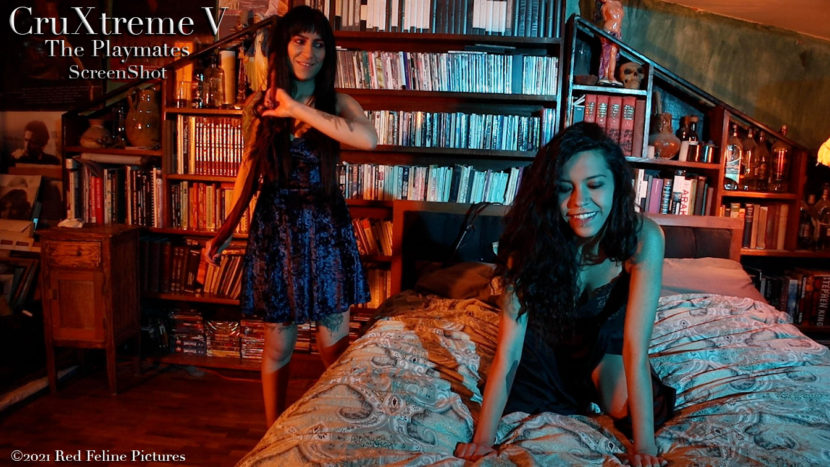 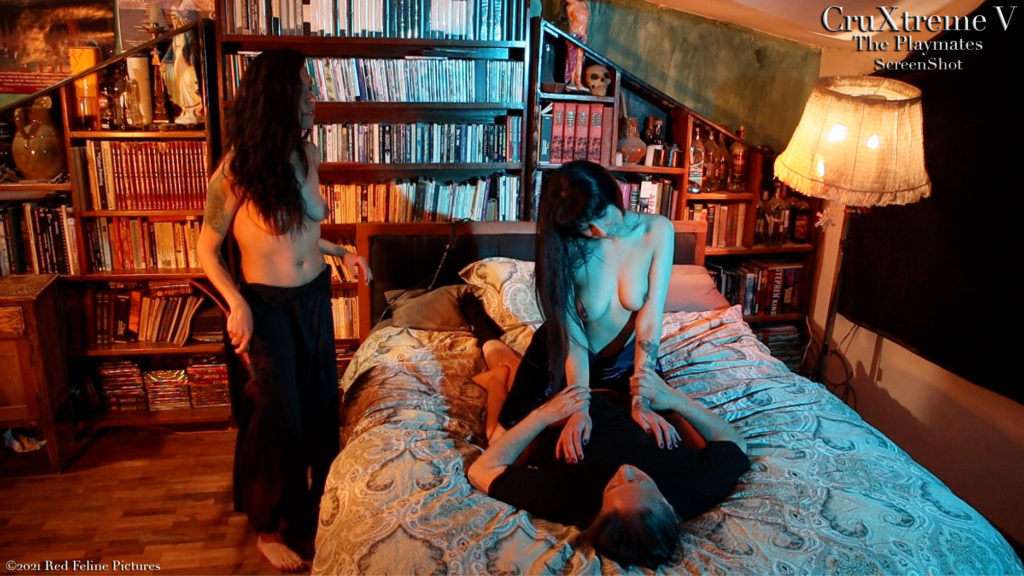 It goes like this. After a couple of weeks of not producing, because of a number of reasons, mostly health related, in other words, Covid, the small and yet eager to make it big cast and crew of  the new film in production CruXtreme V – The Playmates got together for the second scene in the movie, having completed the first scene weeks before. The shoot went well. It was a lot of fun. After the shooting, they planned to meet next day to continue with the scene. Jac considered that it would take at least three days to do all the shots needed. After that second scene is done, the plan is to shoot the final scene of the movie because it takes place in the same sub location, the bedroom. Only then, they will move to the torture room, or as Jac calls it, the playroom.

They were all committed to meet the next day; however, the next morning Dani was having a bout of fever, muscle pain and other issues. Jac himself felt he had a bad cold and news came from the TV station where Dani hosts her TV Show, that one of the co-hosts tested positive. Panic ensued once again. Shooting was cancelled and Dani made arrangements to be tested, for the N time, for the virus that has no plans to leave the planet. 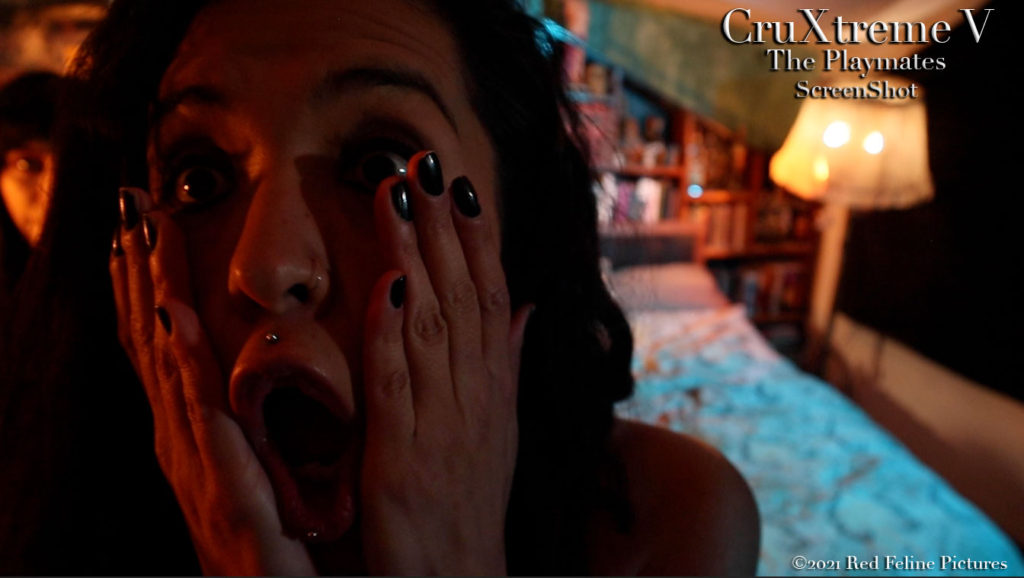 Jac had his first shot of vaccination the week before and the second shot is due in a few days. That’s one good thing. Dani and Mila’s age group should be vaccinated in a matter of weeks. That will help to get back to some form of normal.

Jac was checking the images they shot that fun evening and one of them made an impression on him, actually two of them, so he decided to play with those screenshots for the concept of a new film in the works, Diabólicas. He made a tentative Key Art for that particular idea roaming in his head with those two pictures, maybe he’ll begin writing the script soon, right now it’s only a concept… in his head. 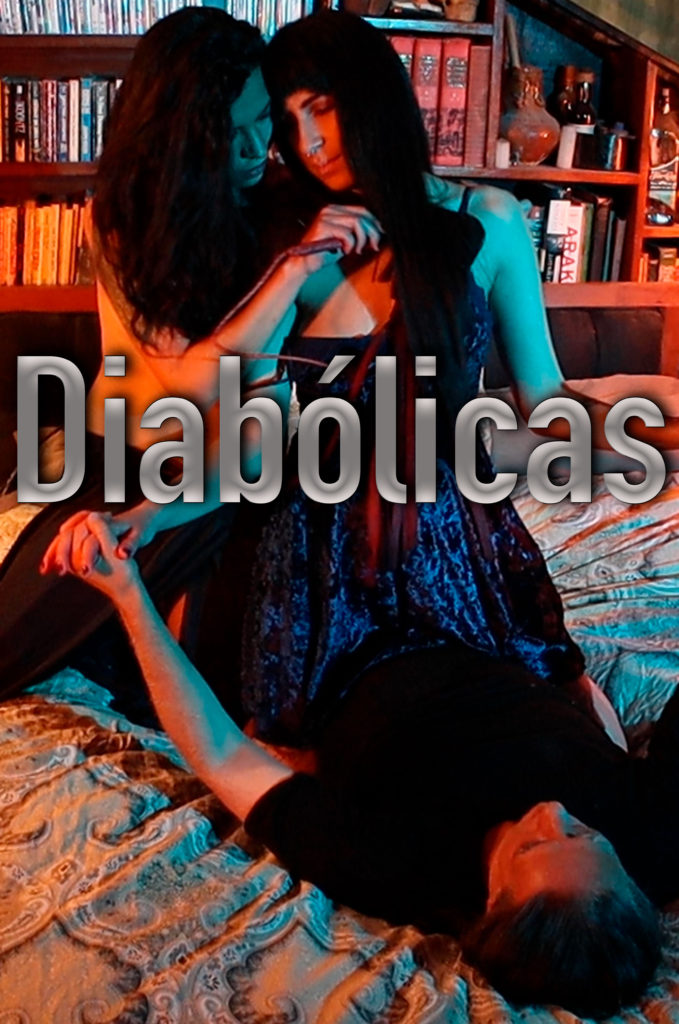 But that’s not all Jac was busy with. He’s almost done with the post production for CruXtreme III – The Callback. The plan is to release it early next week, if all goes well with the final touches.

Jac teasingly told Dani that in one scene she received over 400 lashes, and that’s after he was done with the first cut of the scene. That’s too much suffering, he told her, so he’s cutting it way down.

The entire film was over two hours after the first cut. It’s down to 1 hr and 57 minutes now. Jac plans to slash it down to 90 min or so this long weekend.

As he goes over the edited shots, he’s as merciless as he was during the shooting. Even if he likes some shots, he cuts them out or down as needed. While he does that, he ruminates over another idea that doesn’t leave his head, one that is similar to what he’s editing, a crucifixion, spread eagled, with impaling, but with something more dramatic going on… undoable, he thinks, but fun to consider it. 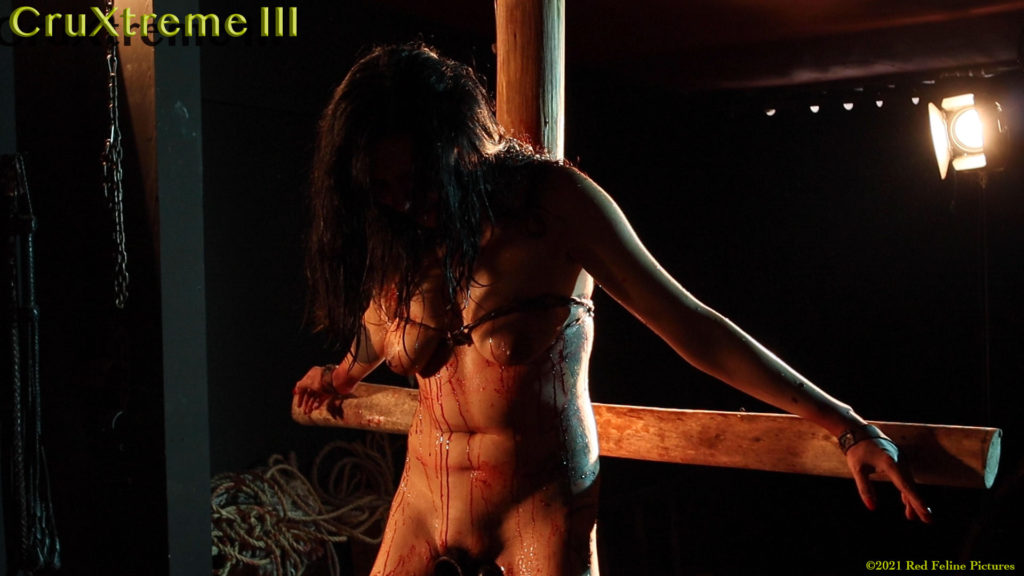 In  CruXtreme II – The Roommate, already out in our stores, Dani suffers gruesome torture, as some of you know, including a bloody crucifixion while on the (in)famous Rack. After Dani’s hands are properly nailed to the wood, the more extreme forms of torture begin. It gets truly nasty after that climatic moment in the story. 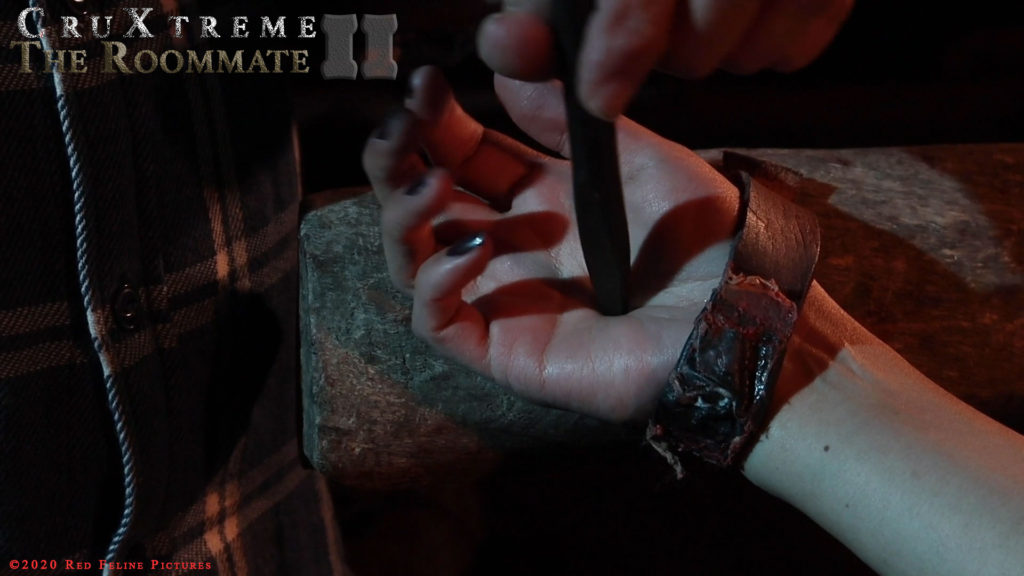 I’ll have more to say in the coming days.