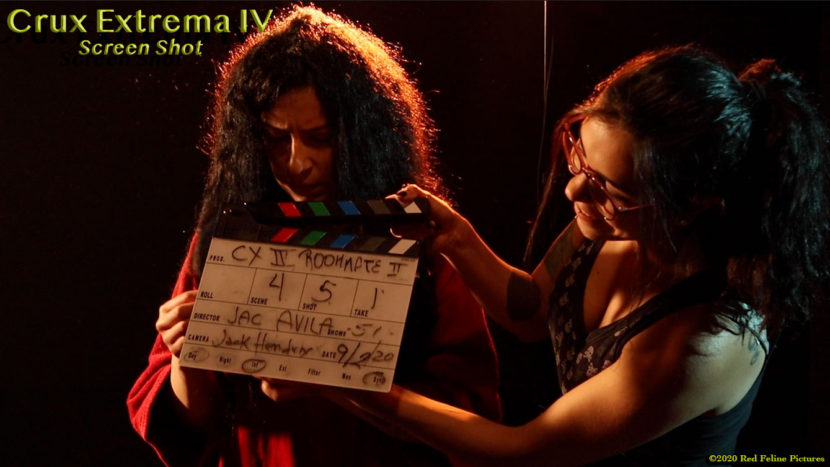 Dani Is ready for a painful bastinado! 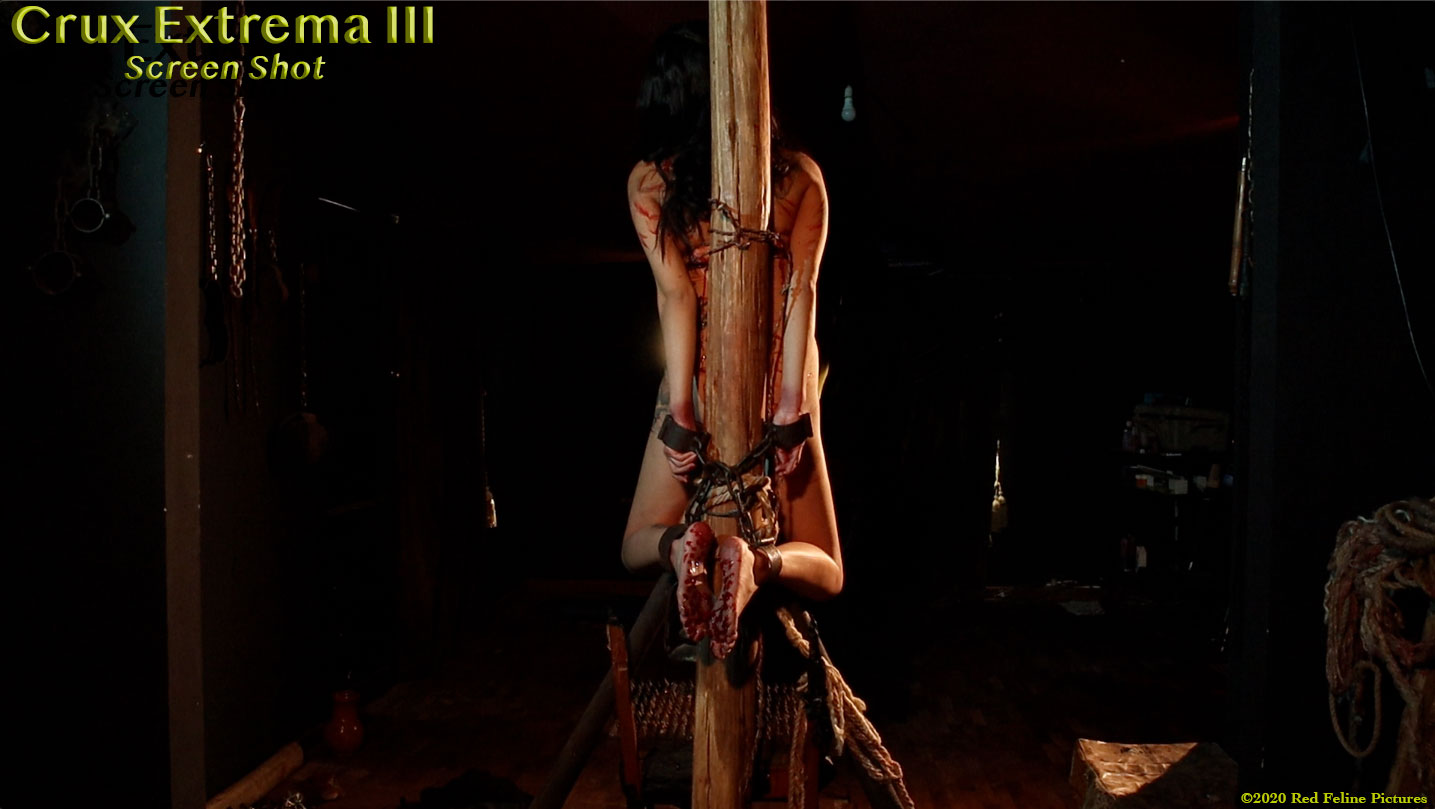 After the most painful and incredibly nasty impaling, Danis ankles are shackled together, behind the post, to her wrists, while her entire body rests on her impaled crotch. Her wounded feet, thus exposed, are now ready for an even nastier treatment. They will suffer the painful punishment of the Bastinado. I’m counting the tortures, as you all know. Until this moment Dani has suffered 8 ghastly tortures in this most gruesome film and there are more to come, many more.

Something happened between my last post and now. I’m trying to wrap my mind around it but I find it difficult. Is it time that is passing way too fast? Too many things happening that I can’t keep up with them? Regardless of the reasons, I’m perplexed, that’s all I can say. I was just announcing that Dani and Jac were done with the production of  CruXtreme III – The Callback, when I learned that Mila, Dani and Jac are two days away from completing the production of CruXtreme IV! Isn’t that fantastic? I guess they are taking it easier in the pandemic side of things, with more time in the set. It also helps that Dani is assisting Jac in all matters behind the camera, including as a camera operator and make up artist so Jac can use more of the time in the set to torture Mila and because of it, the production is moving way faster. 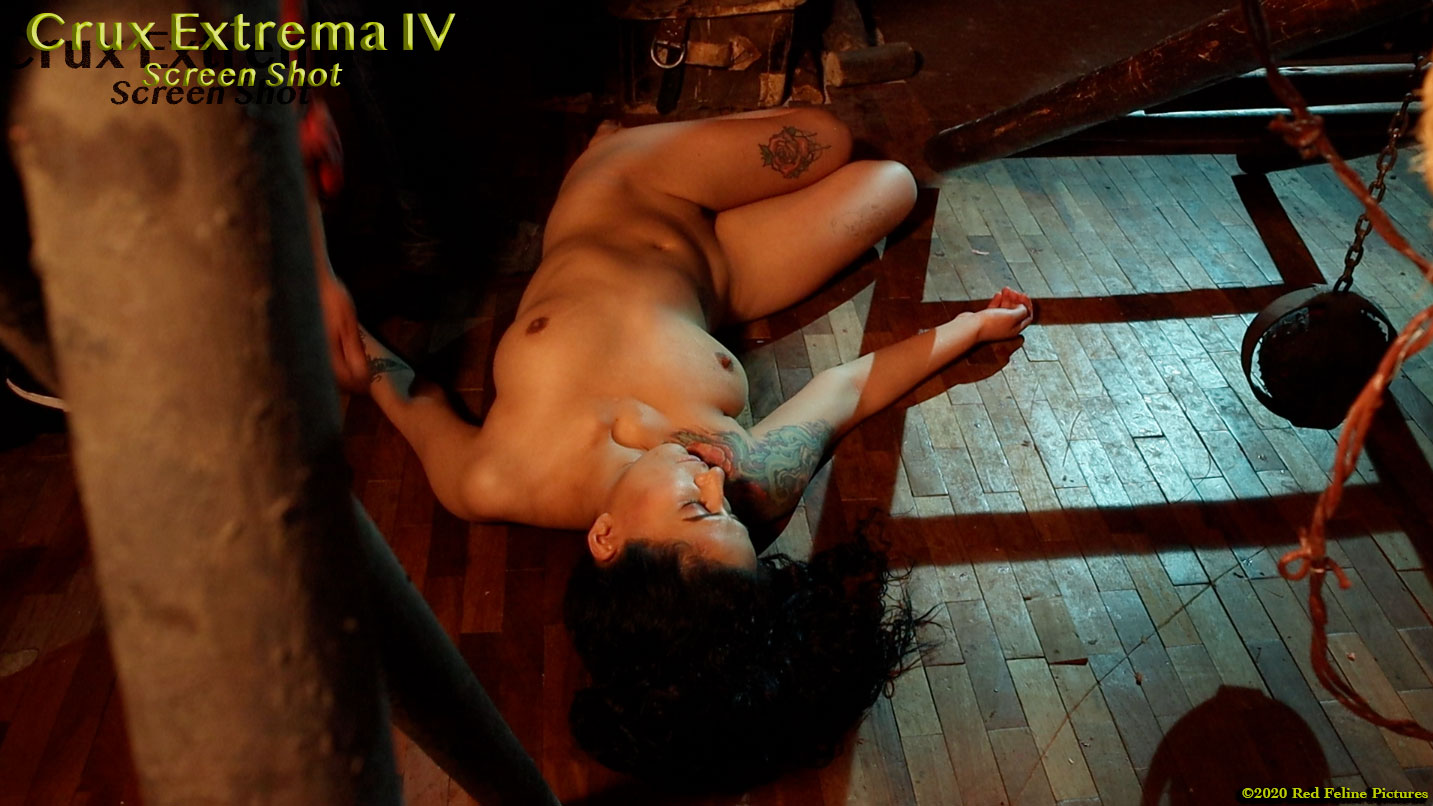 Jac is totally inspired by his amazing muses. He’s already planning at least five new movies for the next few months before the year ends, at least three of them with both Dani and Mila and one with Dani and Mila alone. He’s not sure if he will be doing the torturing in all of them or maybe he’ll have Mila torture Dani in the cruelest ways possible in one of them. That would be very unselfish of him. He loves torturing Dani and Dani loves being tortured by Jac. It’s something close to an intense love affair. Better yet, it is far better than an intense love affair. It is true passion, in the hottest meaning of the word.

Meanwhile, in CruXtreme II – The Roommate, Dani receives the lash on her chest, legs, her entire body. She feels the ferocity of the straps of leather falling across her breasts while her stretched arms begin to feel numb as the ropes tighten around her wrists. 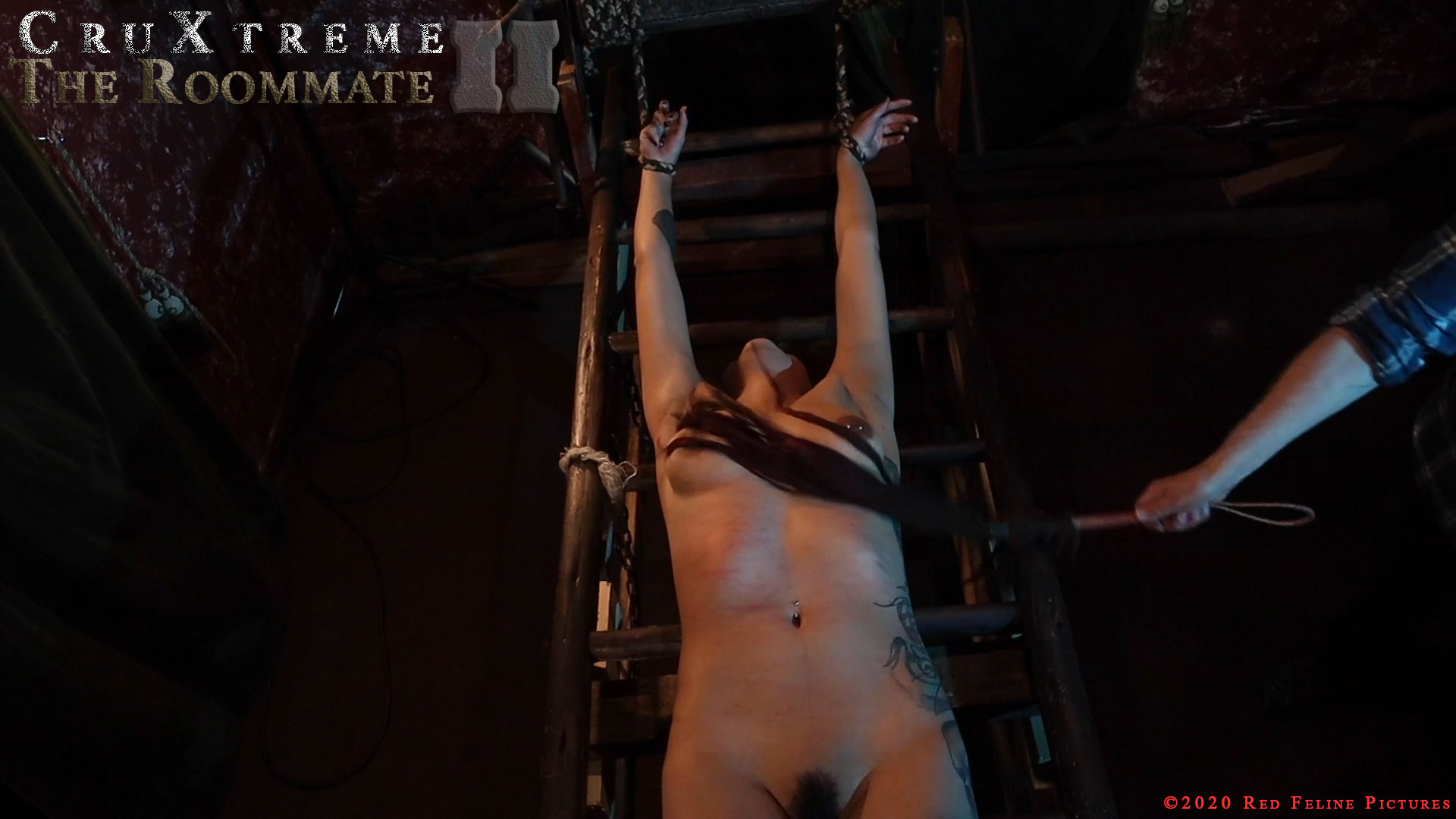 And finally, more from the first official review of CruXtreme I – The Playroom

The entire film is set around a wheel that is an ominous relic of the Middle Ages. Dani is coy and demure while excitedly open to anything. It’s a delightful combination that sells this movie. She examines the device with carnal fascination . . . or might we suggest loving masochism. When she agrees to be attached to it face down with arms outstretched, her ordeal begins.

With the first blows of the riding crop, Jac asks “Do you like it?”

She answers with a definitive, yet cautious, “yes.” 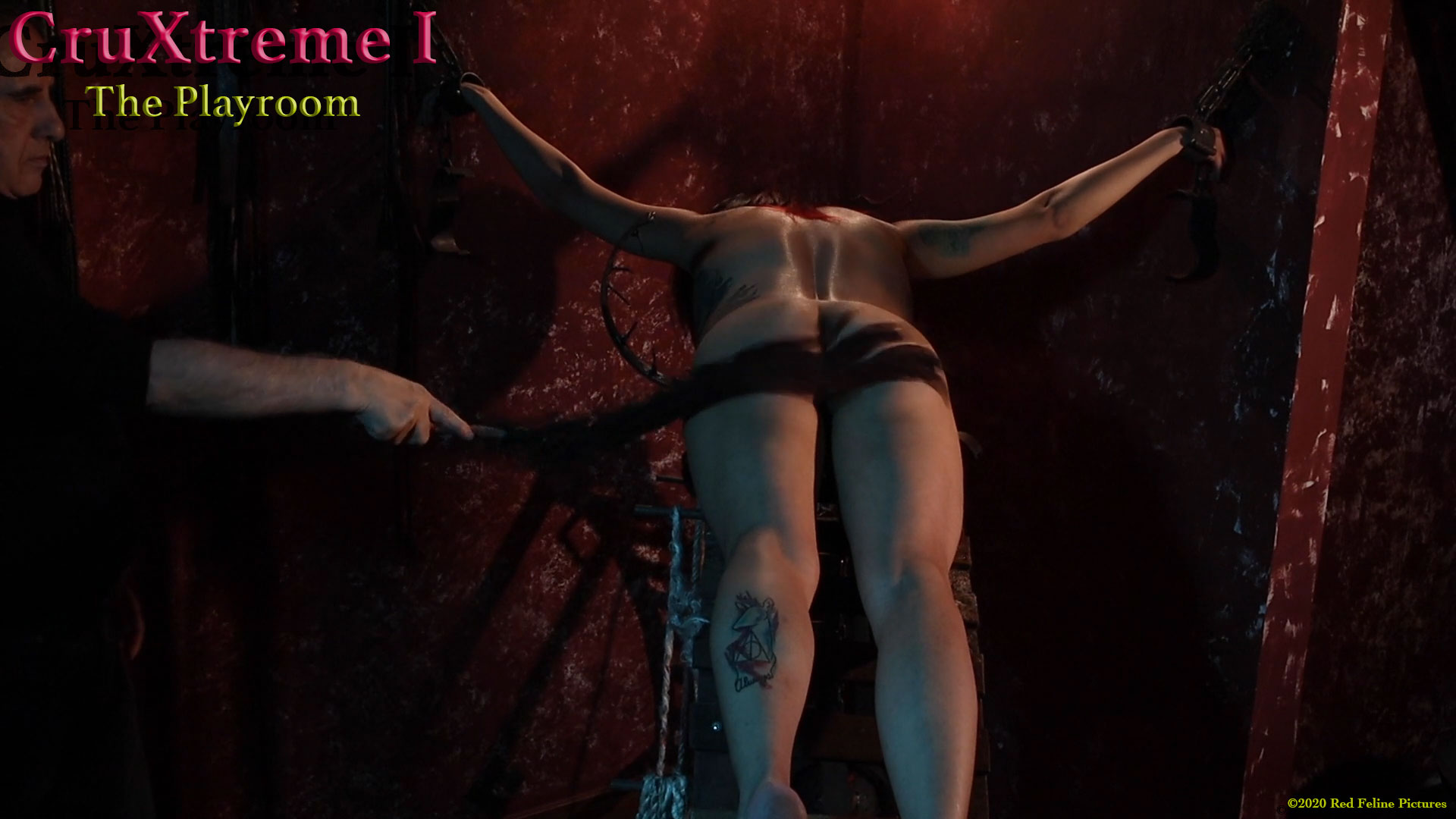