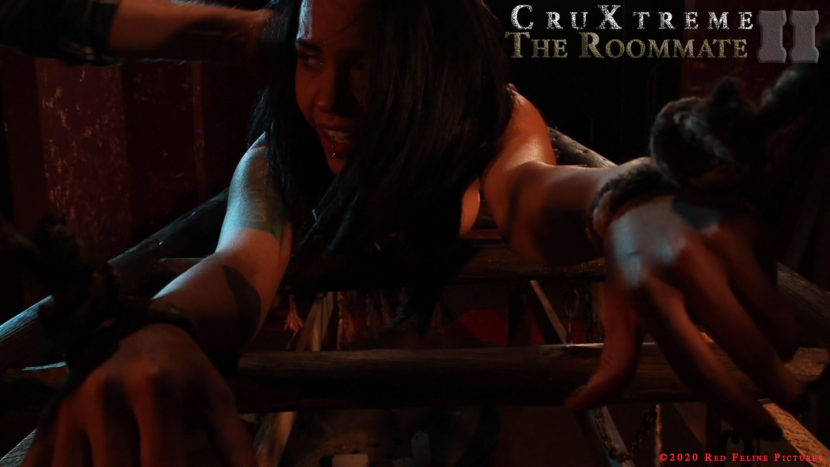 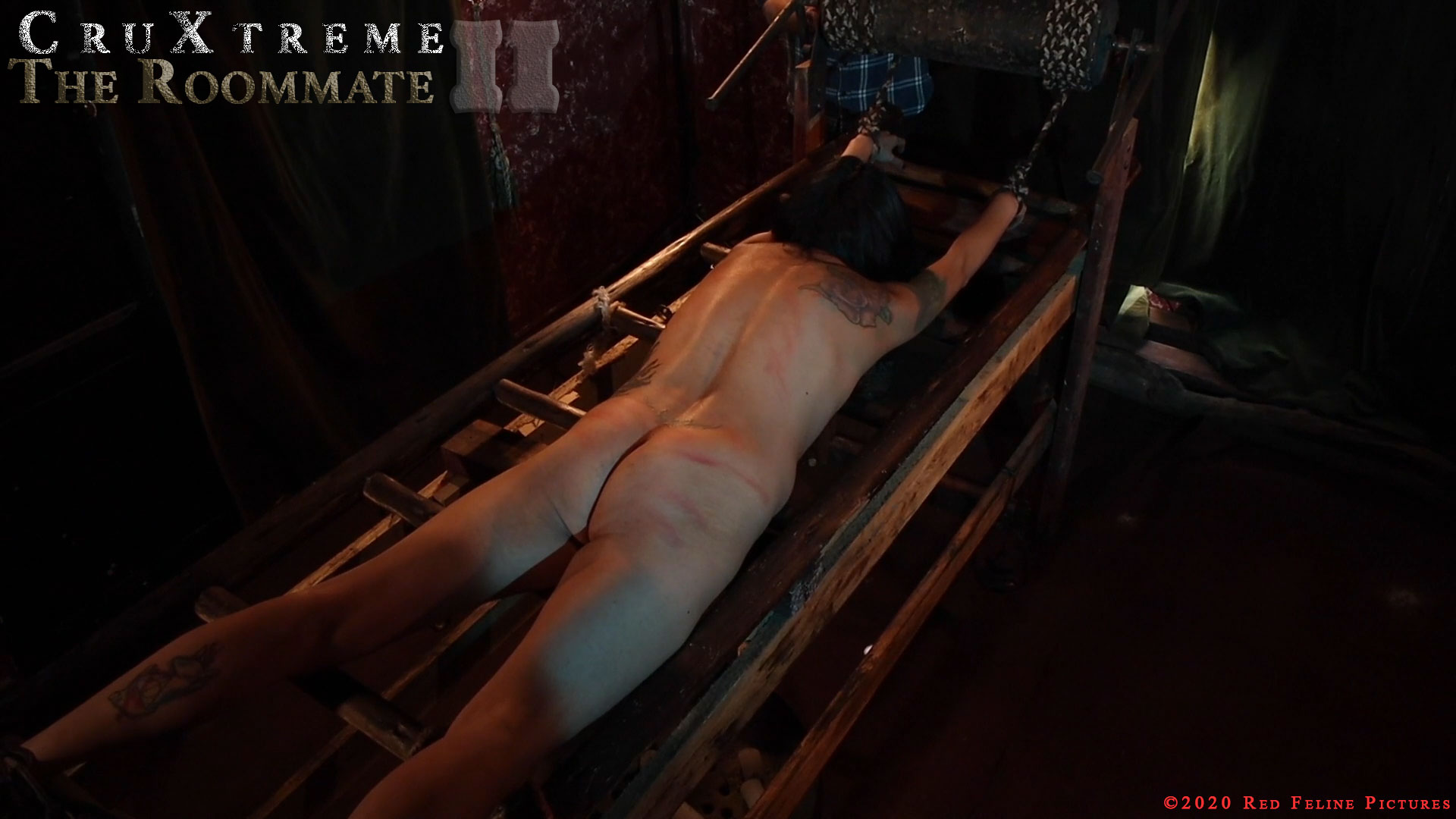 Dani’s body rests of the rough wooden rungs of the rack which have a wide space in between them. Her ribs, hips, legs, knees endure the constant pain, while her wrists, tied to the wheel of the rack, feel the ropes tightening around them as they are pulled to stretch her. Her ankles are held in place by chains at the far end of the vicious rack.

In a perversely cruel game, Jac pulls the levers of the rack to stretch the tortured woman while, at the same time, whips her back, ass, legs. Dani screams in pain as she suffers her beating knowing that it is only the beginning of her ordeals.

The production of CruXtreme III continues and it is reaching the final days. A scary event took place last Friday when Jac and Dani were enthusiastically working on the final scenes of the film. I will discuss it later, when I get more details, but I know they had a scary moment and that Dani blacked out at one point. That ended the shooting for the day and they are planning to return to the set on Monday, hoping to call it a wrap at the end of the afternoon. 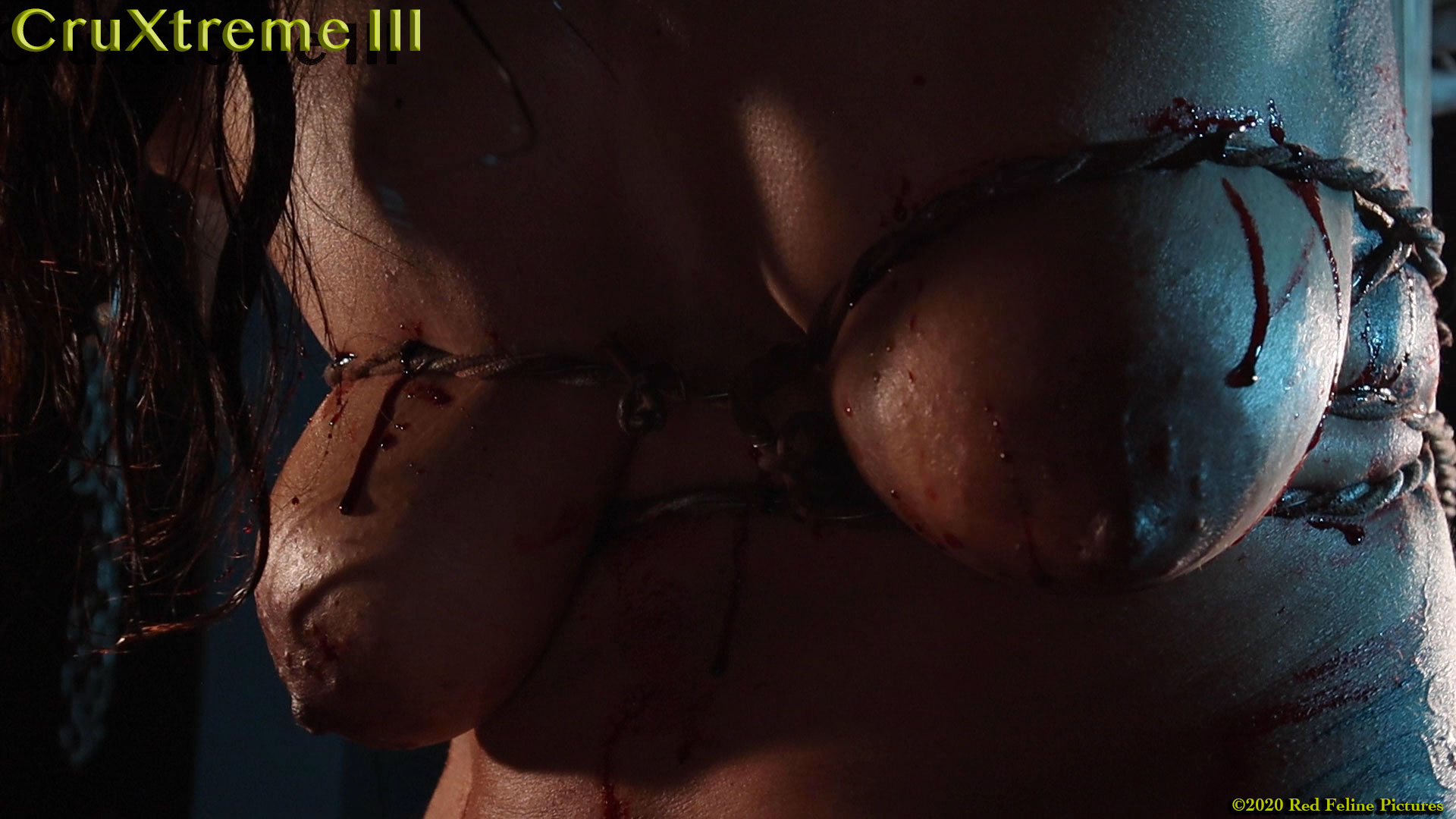 But many days before that scary event, Dani was put to another painful torture. Number 8 and counting.

Soon after she was set up in a painful Strappado position, standing on those nasty pricking metal studs, Jac took the long barbed wire and proceeded to wrap it tightly around Dani’s grandiose breasts. As he did this, which took a long time, barbed wire is not easy to handle, he could feel the drops from Dani’s wet hair on his face, he could also feel the heat coming off Dani’s mistreated skin. As he handled her breasts, pulling the barbed wire under and over them to squeeze them under its tight grip, he got close enough to hear her heart pumping, her gasping breath blowing on his hair, her bloody sweat on his hands. The moment couldn’t be more intense for both of them.

Until that breast-wrenching moment, Dani had experienced the spiky chair, her back was flogged as she sat there, then her wrists were chained above her head and her belly, breasts, legs were mercilessly flogged as well.

After the floggings she was made to climb unto the spikes, her arms stretched and chained to the sides and her back was scourged. After her back was shredded bloody she was turned around, still standing on the spikes, her wrists shackled together behind the post were raised up to force her in the very painful Strappado position.

At that already relentlessly agonizing moment came the barbed wire torture. After her bleeding breasts were wrapped in barbed wire, Dani was tortured a bit more.

She was left to suffer her pains for some time until finally her arms were lowered from the Strappado position, the metal brace removed from her neck and she was ready for the next torture. 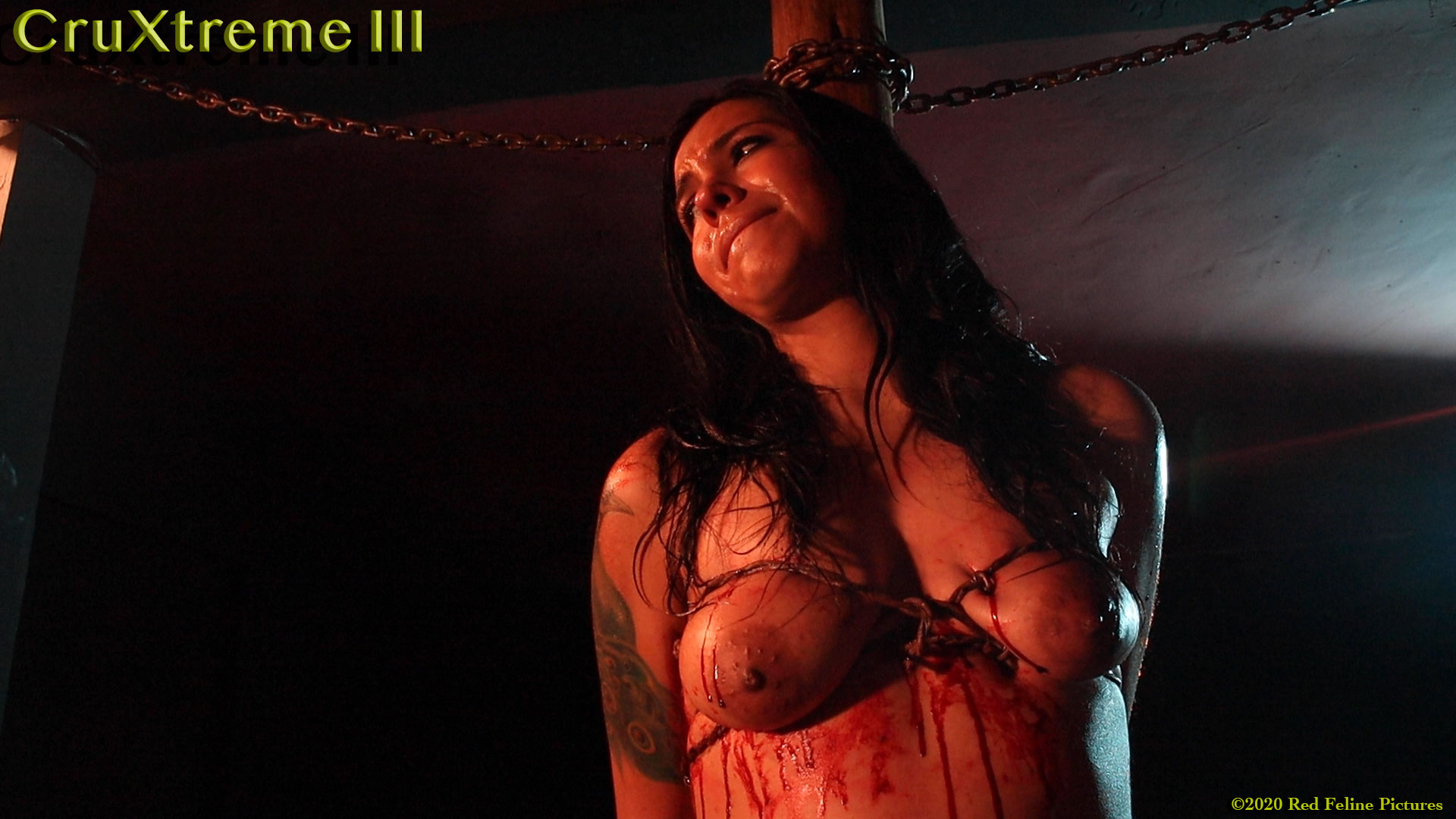 At one point during the weekend before the black out experience, Dani and Jac were chatting in messenger. They do this often when they don’t see each other. At one point they had this exchange in English:

Jac: You can’t begin to imagine how much I love what we are doing. I’m overwhelmed!

Dani: Me too!!!!! I don’t want to finish this one! I think it’s my favorite so far, as I could reach a new level of pain which is amazing for me

She was referring to everything they had done until then. Each scene was harder than the previous one, each one with its own increasing dosage of pain.

After the barbed wire wrapped around Dani’s breasts torture, while still suffering the pain of it, Jac approached her with a long wooden stake, one that could easily be used to kill a vampire, or at least to put her to sleep as it happened in Dead But Dreaming. This time Jac had a different use for the stake. He pressed its pointed tip on Dani’s face and began to lower it slowly down her chest, belly, waist until it reached its intended target. 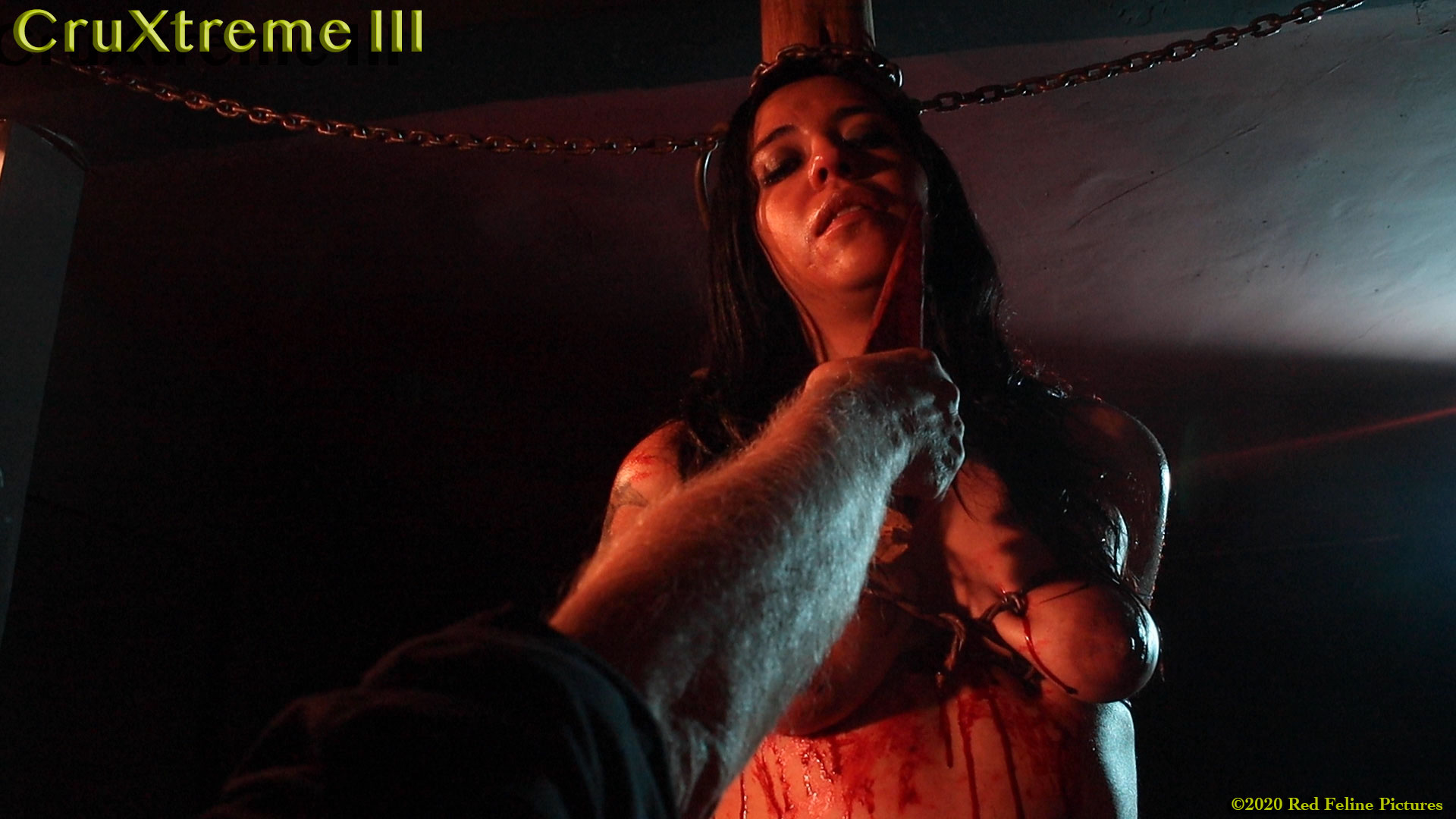 I will be setting up the club in the next few days, I might set up The Training of Camille to be viewed there, just before it’s release to the public. I’ll have more news about the up and coming new releases soon.