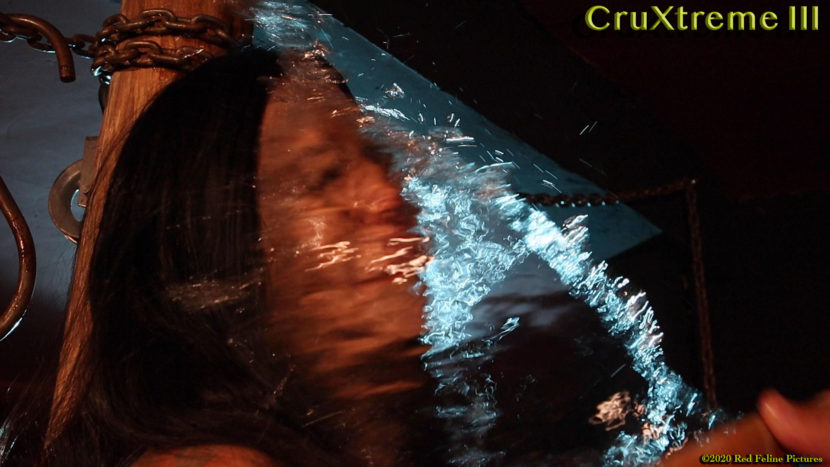 and CruXtreme II is a 7 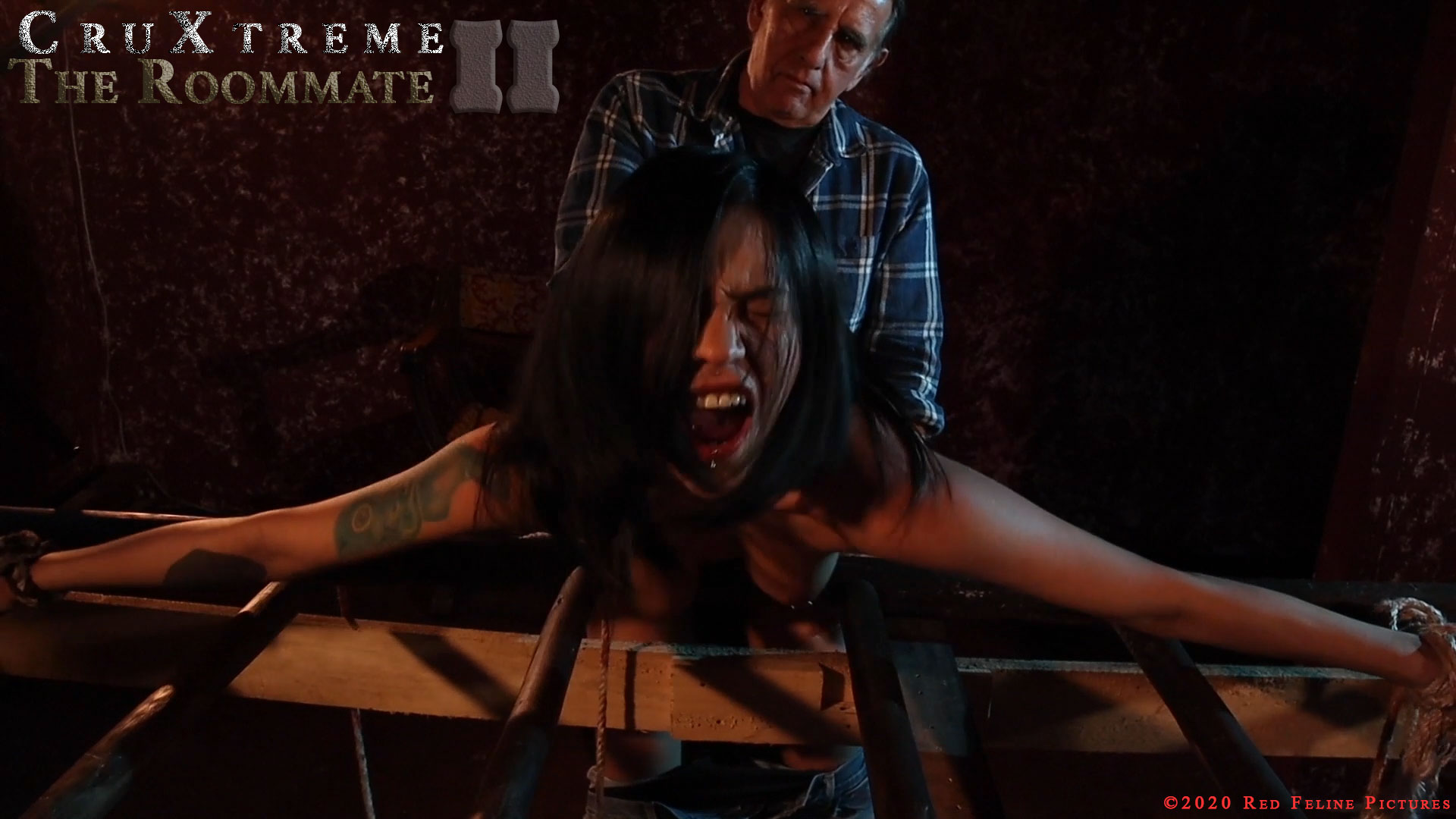 CruXtreme II – The Roommate is quickly rising in the Best Seller stats for our small company. After less than two weeks in the market it took the first place for July and it has reached the 7th place of the 10 best sellers for 2020.  That’s a huge jump.

CruXtreme I – The Playroom is, still, Number ONE this year so far, followed, in second place, by Jac’s unusual take on De Sade’s JUSTINE. In third place is the best seller of all time, the inquisition film to beat all inquisition films, Maleficarum. The fourth place is taken by last year’s release Monxa Mala, the fifth by the already oldie but new to many The Passion of Isabel, on 6th place the recently released but very old video Inquisition Rehearsal, number 7 has been quickly taken by the already mentioned  CruXtreme II. In the eight place we have the now classic and award winning, De Sade’s inspired, Le Marquis de la Croix. Number 9 is the elegant story of Camille’s journey to represent the martyrdom of St Eulalia, Martyr and, finally, number ten on the best seller of 2020, the mythological vampire story set in colonial times Bolivia, Dead But Dreaming.

That list shows the 10 best sellers out of a catalogue of 44 films in our stores, it doesn’t count those films that are not in our regular stores. In total, we produced 75 movies in three decades, that’s over two films per year, including many documentaries, two of them for NatGeo and a TV miniseries. 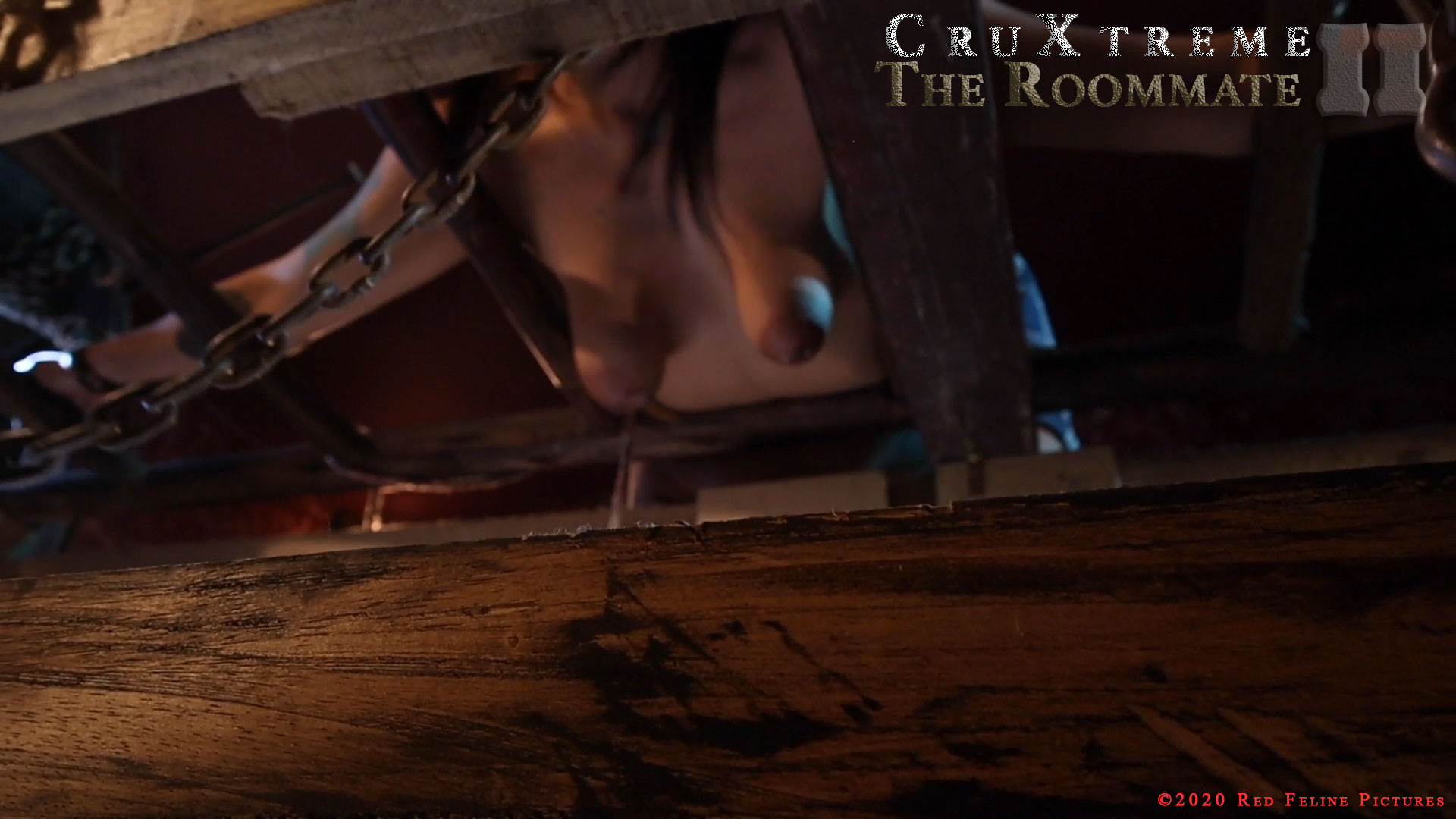 The production of CruXtreme III had some delays this past week. The shooting resumed on Monday, then it stopped for three days until Dani and Jac were back for a very intense torture session on Friday. Dani had some home problems related to what the city, the country, the world is going through.

I fear things will go on like that for a long time, it’s unavoidable, no one can really plan ahead because no one knows what is going to happen the next day, or two days later.  So, a month or two later are like way, way, way in the uncertain future. The New Reality.

But, even with those constrains, this past Monday and Friday were powerful production days. The scenes with Dani sitting on the spiked chair were done, to Dani’s relief. The scenes where the courageous young lady was lashed bloody standing on those nasty spikes was also completed a couple of weeks ago. The week before last Monday, the production moved to even nastier events. 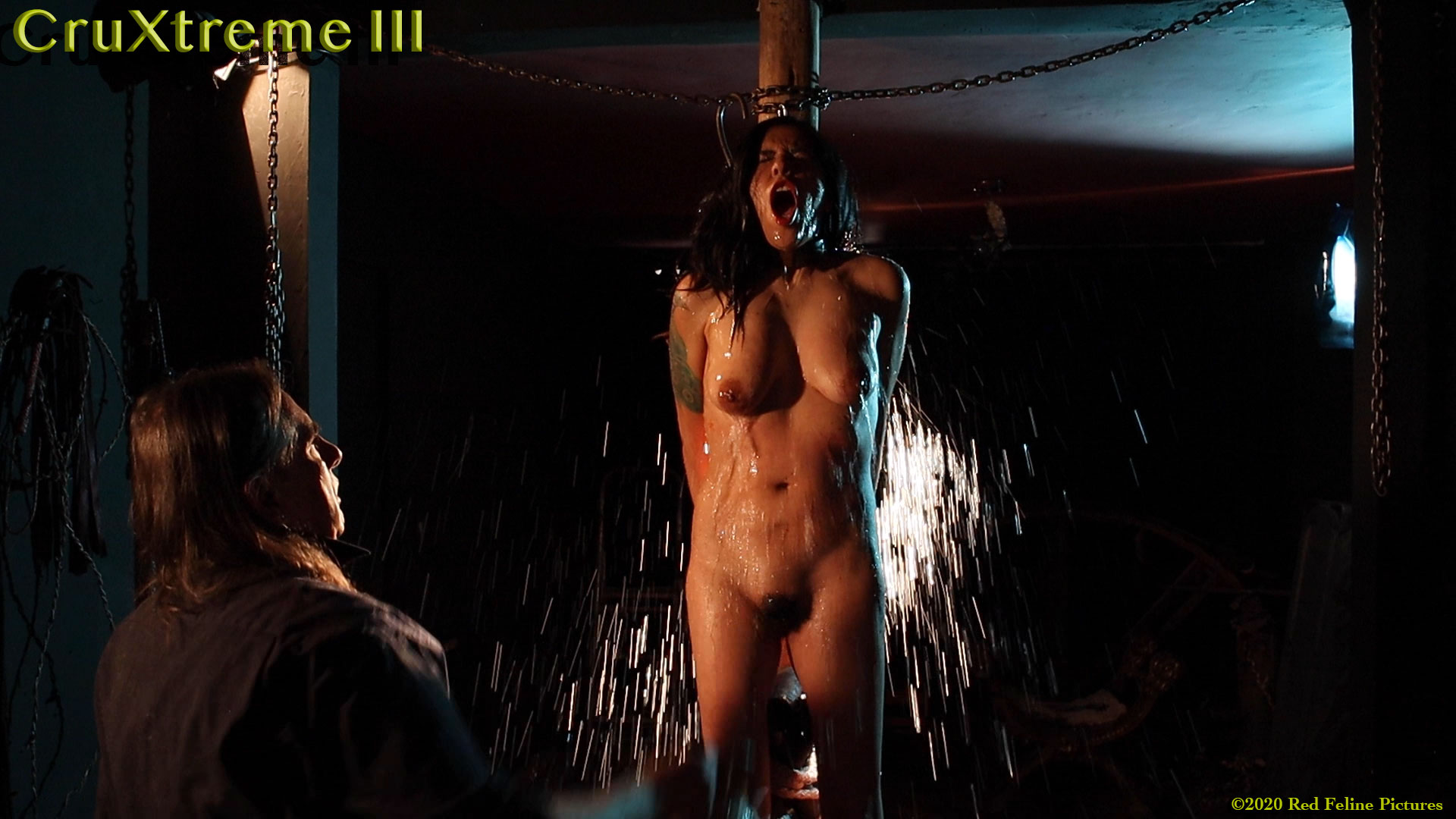 The week before, a good deal of time was used to torture Dani in three nasty ways. After the bloody lashing, her chained wrists, cross like, were released, she was turned around, her wrists shackled behind the post and water was thrown on her face to get her back to the world of consciousness.

Once back in the realms of her painful reality, Dani’s shackled wrists were raised up to a hook up behind the post, a chain held her neck from bending forward completely, her feet rose up a bit, the entire weight of her chained body was now resting on her tip toes on top of those perky metal spikes. Thus, Dani began her new ordeals on a nasty and increasingly painful Strappado position. She realized that she hadn’t gone through the worse yet.

Jac grabbed the barbed wire hanging from a nail next to assorted whips and chains that decorated the wall and walked to Dani. As painful as her position was, she dreaded what was coming. Looking at the barbed wire in Jac’s hands, she knew it was about to get far worse. 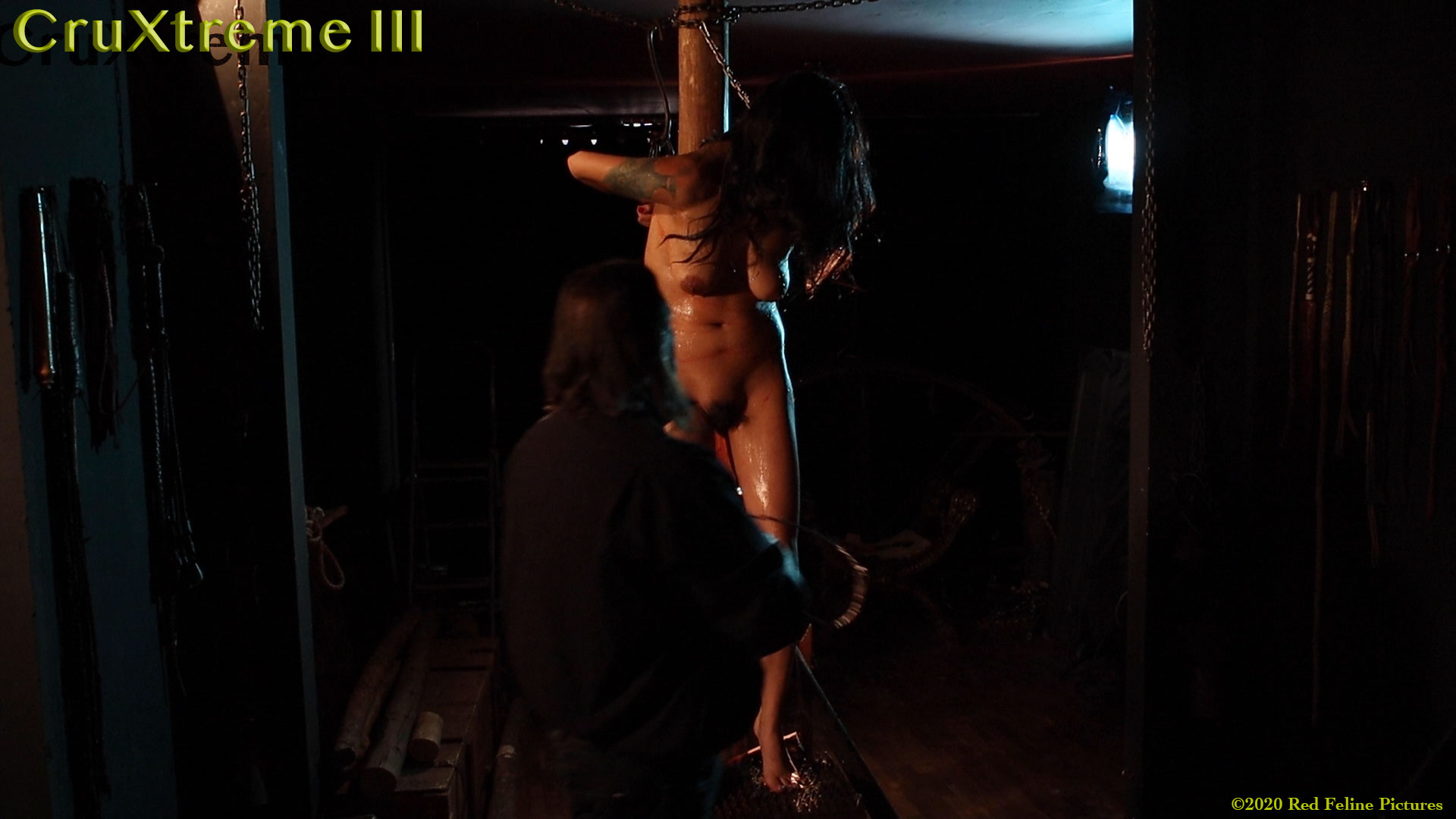 What happened next will be in my next post… and sometime after that I will be telling the story of what happened this past Monday and Friday and what’s about to happen RIGHT NOW!