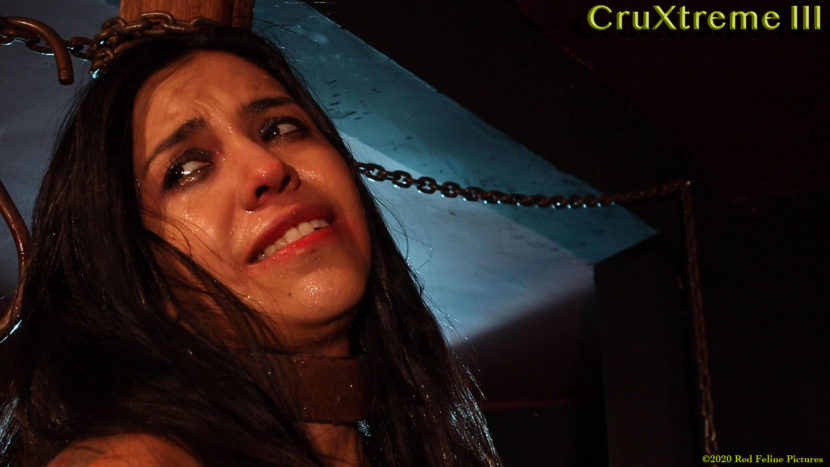 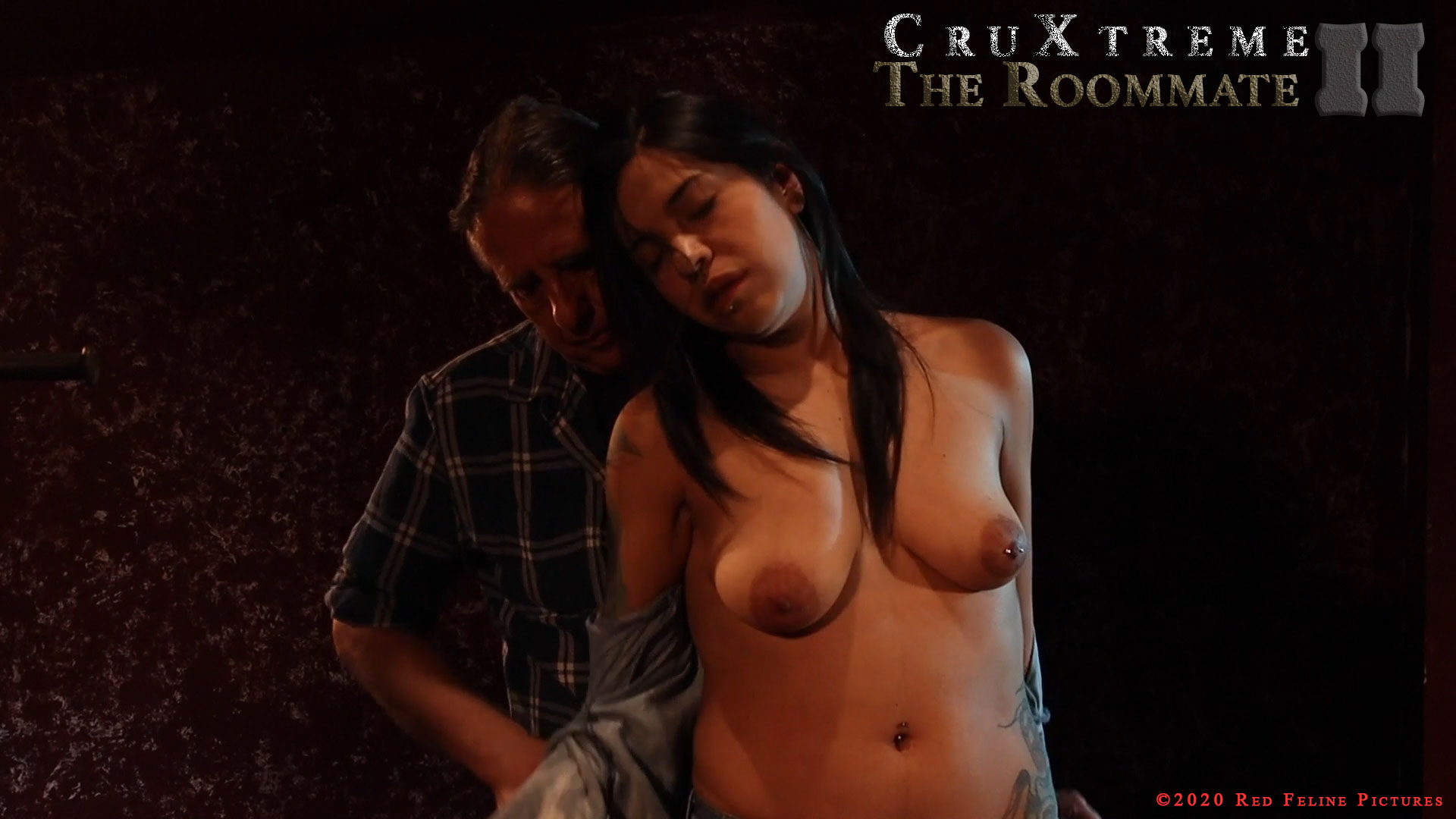 CruXtreme II – The Roommate is out in the world and quickly rising up on our stats as our old fans add the new film to their ever growing collection or new people discover us, which is a good sign and it makes Dani and Jac very, very happy, their efforts are being rewarded, specially Dani’s.

A fan wrote to the increasingly popular actress, directly, telling her that he loves her in CXI and Monxa Mala… He’s not the only one, of course. Dani mentioned the message to Jac when they returned to the set to continue with the shooting of  CXIII.

Dani: It is so delightful to be appreciated and congratulated for your efforts. It’s a gratifying feeling.

For the famous director, shooting the CruXtreme Series and working with Dani is an experience that takes religious overtones.

As Jac and Dani began to work on the new scenes for CXIII, they exchanged their impressions.

Dani: I’ve been in pain all these days because I spent such a long time with my butt and legs on those nails!

As they were setting her up to shot the next scene involving an even nastier impaling, where the big wooden stake is pushed up into Dani, after which she is then made to mount the metal Spanish Horse type of contraption, the central torture instrument in the set. Dani had something to say about that as well.

Dani: This is going to be even more painful!!

Jac : After we’re done with this film I’ll turn this setting into an altar, I’ll put up an effigy of you on it to worship you every time I walk by.

She laughed at the thought of Jac elevating her up to the level of a goddess, a suffering goddess about to be hoisted up with a thick stake to a new painful position where she will endure the agony of more torture. 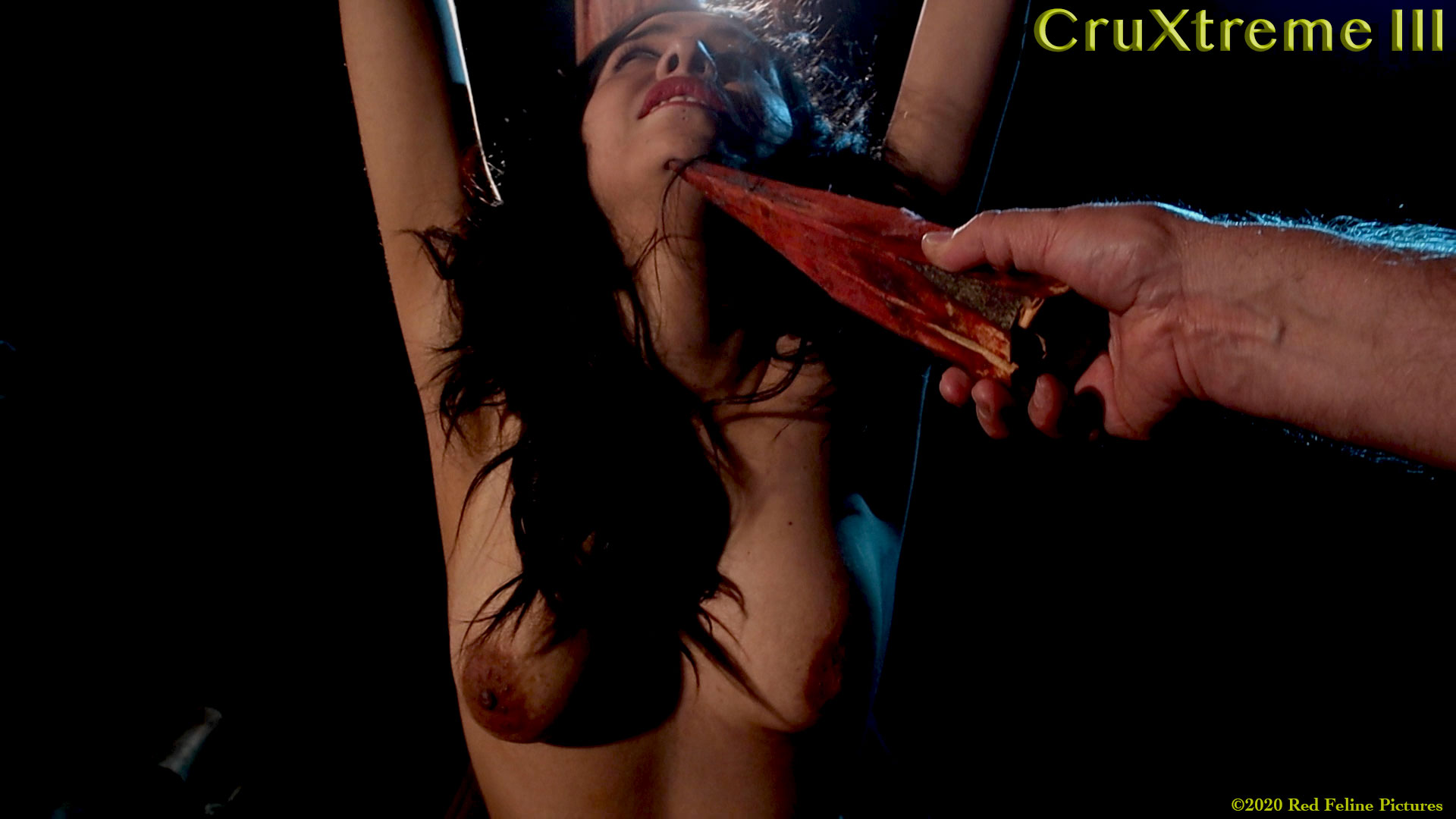 Provost: Ten tortures coming soon! Where are we now in the count, and how is our lovely subject holding up? Open to suggestions?

Considering that Dani spent a few days sitting on the studded chair, having her back flogged, then her arms raised over her head and shackled to a hanging chain, to be whipped on her breasts, belly and legs for another couple of days … while her body still rested on those studs for the entire time… I think she’s doing fine, with mixed feelings about what she’s doing.

Dani: I have mixed feelings right now. I want to finish this film soon so we can start with the next one, but I don’t want to finish it because I’m having so much fun! 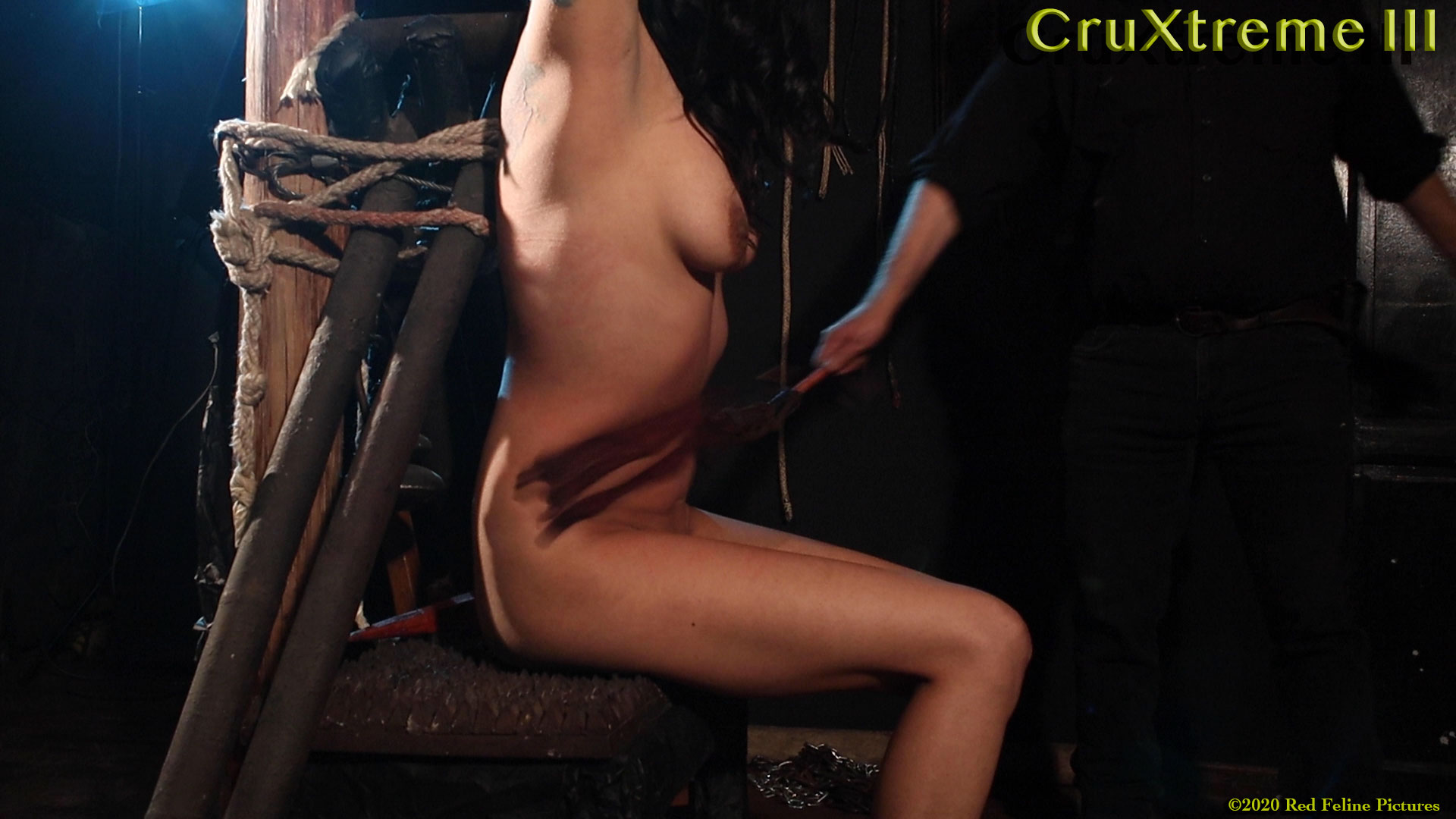 Is everything I mention a different torture? I think so. I mentioned three on the previous paragraph, and there are perhaps three in the next one. But there’s so much more to come.

The shooting for the next torture session began with Dani getting up from the chair, a painful moment too. When she was up, a metal brace with a chain was attached to her neck, she was then made to get up on top of the studded chair, and after her feet were firmly planted on the sharp studs, her wrists were chained to the sides, cross like, and her neck was hooked facing the post.

In that most painful position Dani’s back was whipped with the flagellum for at least two or three sessions…. that means for at least two days. So far, until that excruciating time under the flagellum, she suffered 5 or even 6 different tortures, some simultaneously, like the metal studs piercing her flesh while she is being whipped. 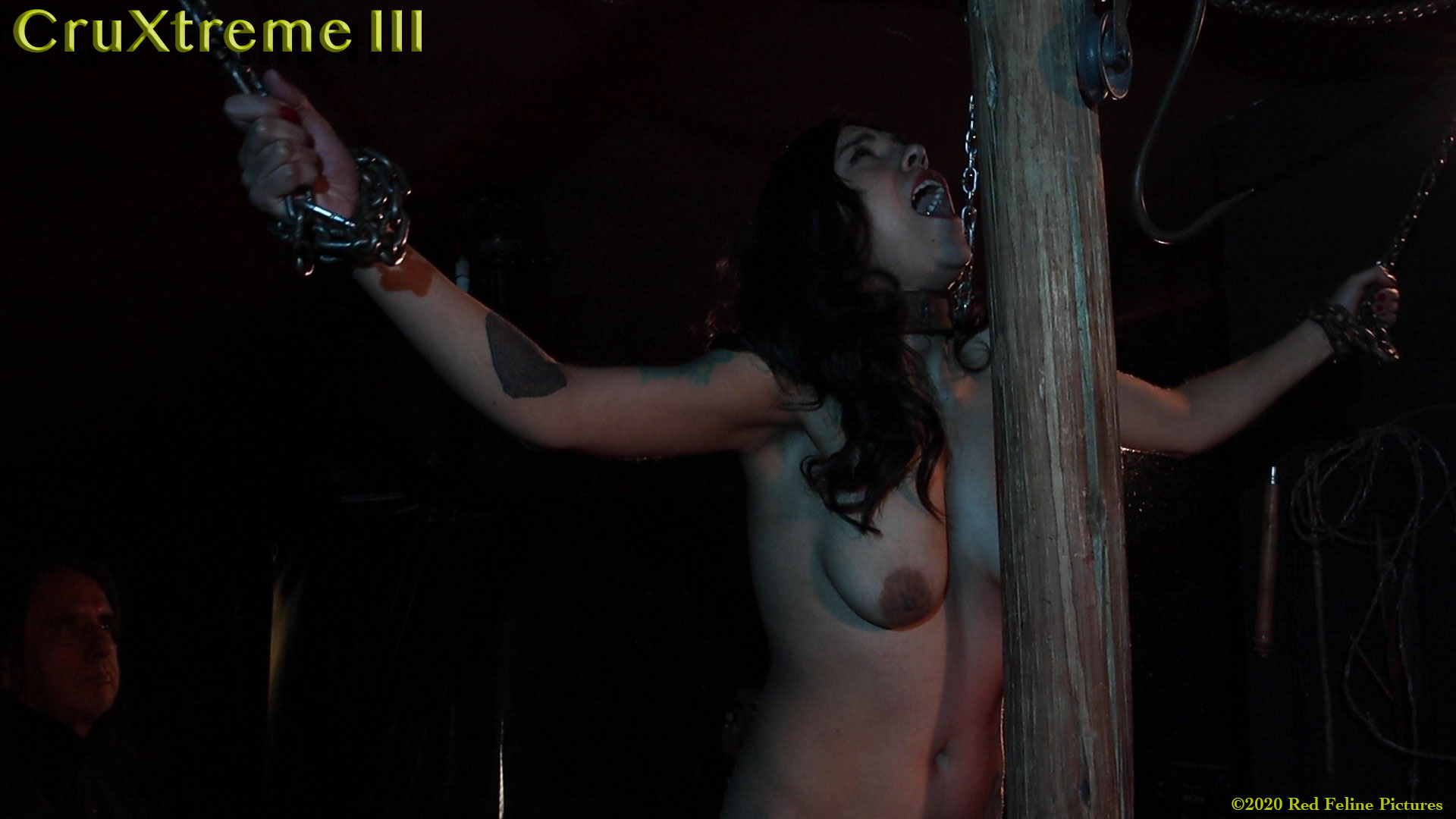 For the next sessions, after the bloody flogging, things got even more painful but I’ll discuss that in a later post.