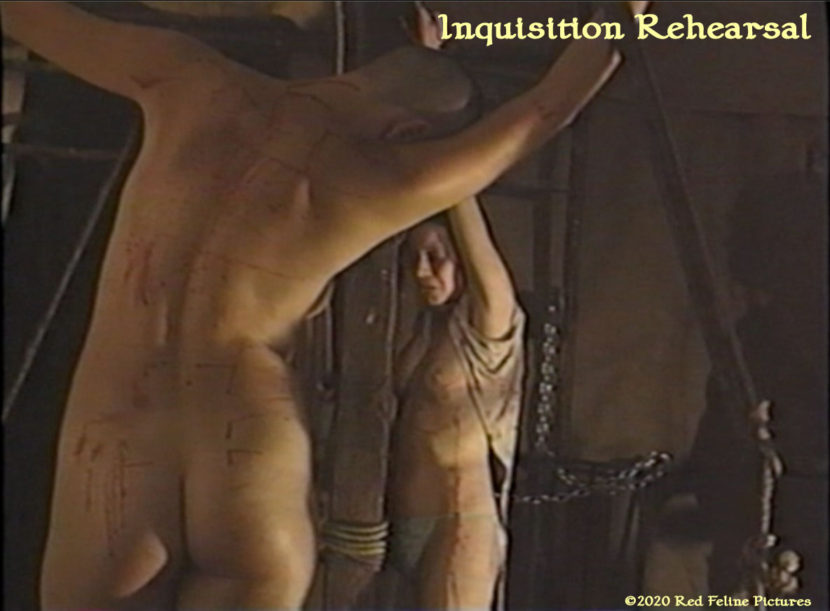 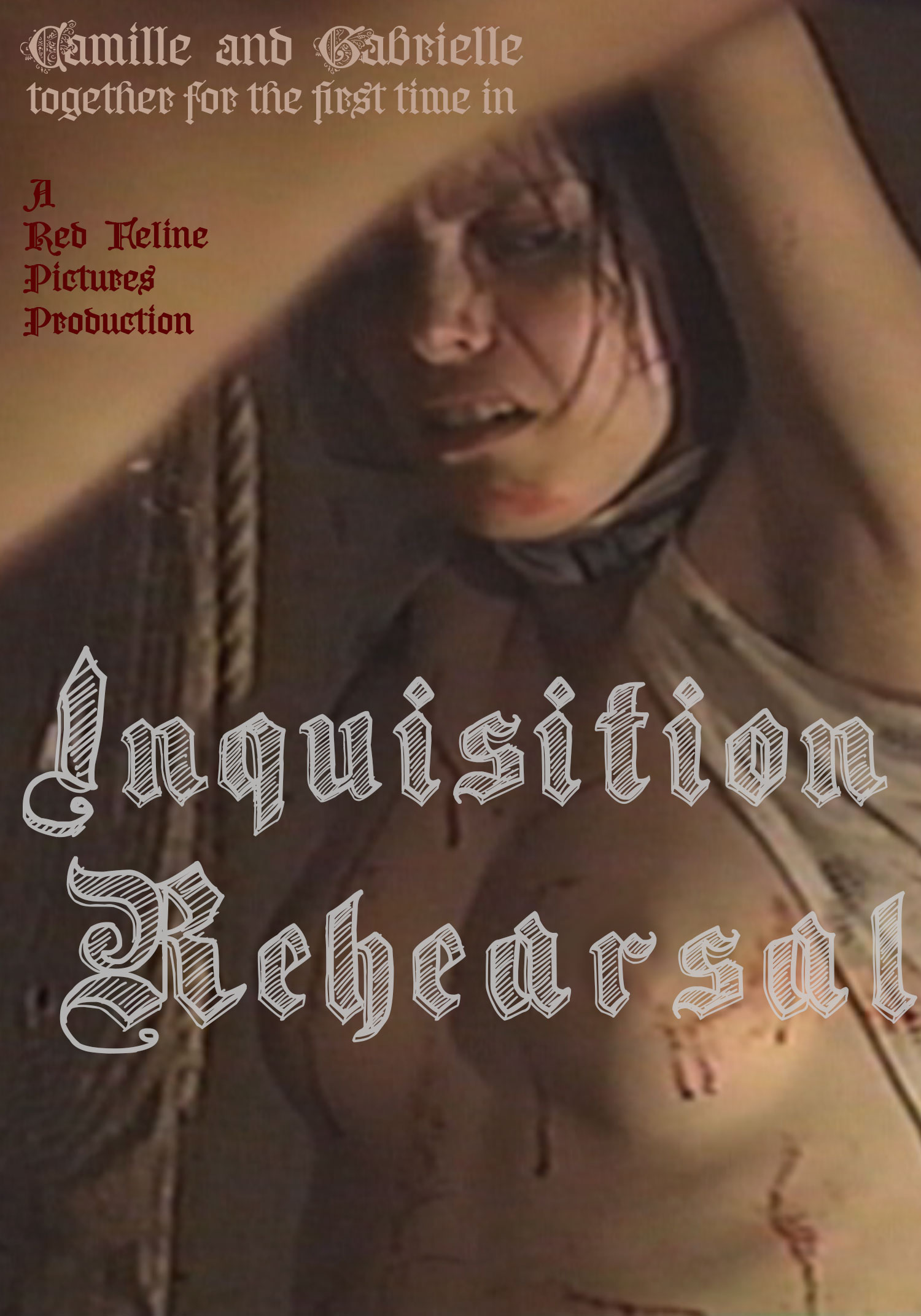 The Inquisition Rehearsal Video is out!!

Out of the Red Feline Pictures Archives comes a little treasure from the analogue tape days, circa 1998. During the summer of that year, Camille, Gabrielle and Jan Jac were in New York, preparing the set for the Red Feline Faces The Inquisition Series. It was going to be the first time Gabrielle was in front of the camera, at the same time, Jac was testing the camera and both, Camille and Gabrielle, began rehearsing their roles for the movie to come.

All three of them were also busy building and testing the props, like the rack, decorating the set, setting up the lights. It took a few days to shoot and as they went on, everything began to improve, the lighting, the set, even the camera work, not Jan Jac’s work with the camera, but the working of the camera itself that had some problems at the beginning. Camille and Gabrielle were also sharpening their acting skills.

When they sat to analyze the work, to discuss the performances and so on, Jac realized that he had a movie in his hands, one that one day, much much later, he would want to release. 22 years later, the Inquisition Rehearsal video is HERE!

The Inquisition Rehearsal Video is out!!