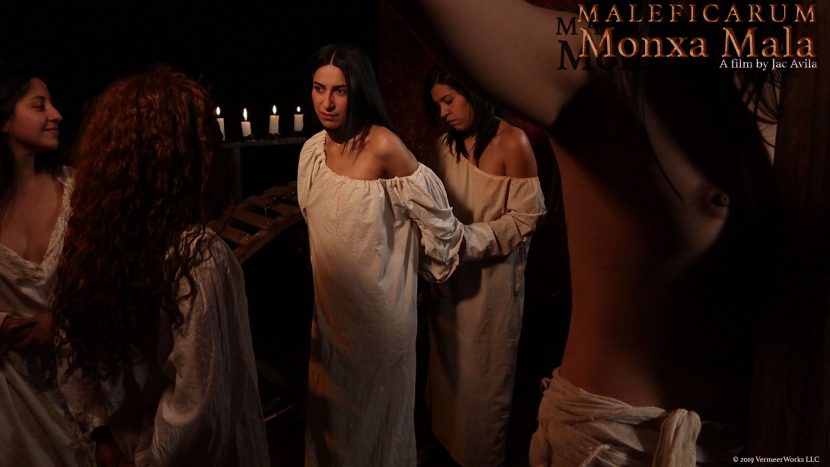 In this installment of Monxa Mala, we’ll offer our analysis of the story. We’re getting literary here so to fully appreciate the visual impact of this drama, purchase the film from Vermeerworks.

Photos are courtesy of Pachamama/Decadent Films and Jac Avila.

Each woman in Maleficarum II: Monxa Mala is adept at self-preservation. Martina and Justa do it through silence. Barbara and Lucrecia use their sexuality. Both women identify with their abuser and become Enforcers to avoid the painful end of the whip.

Julia wants to please and coincidentally relishes her punishments meted out by the Father. Essentially, she’s a cultist who symbolizes the faithful sheep (worshipers) who never question. However, her allegiance also has a darker side. Julia is symbolic of both parties in the age-old struggle between the Church and the forces of Satan because she’s willing to dance with the Father, however he is disguised. 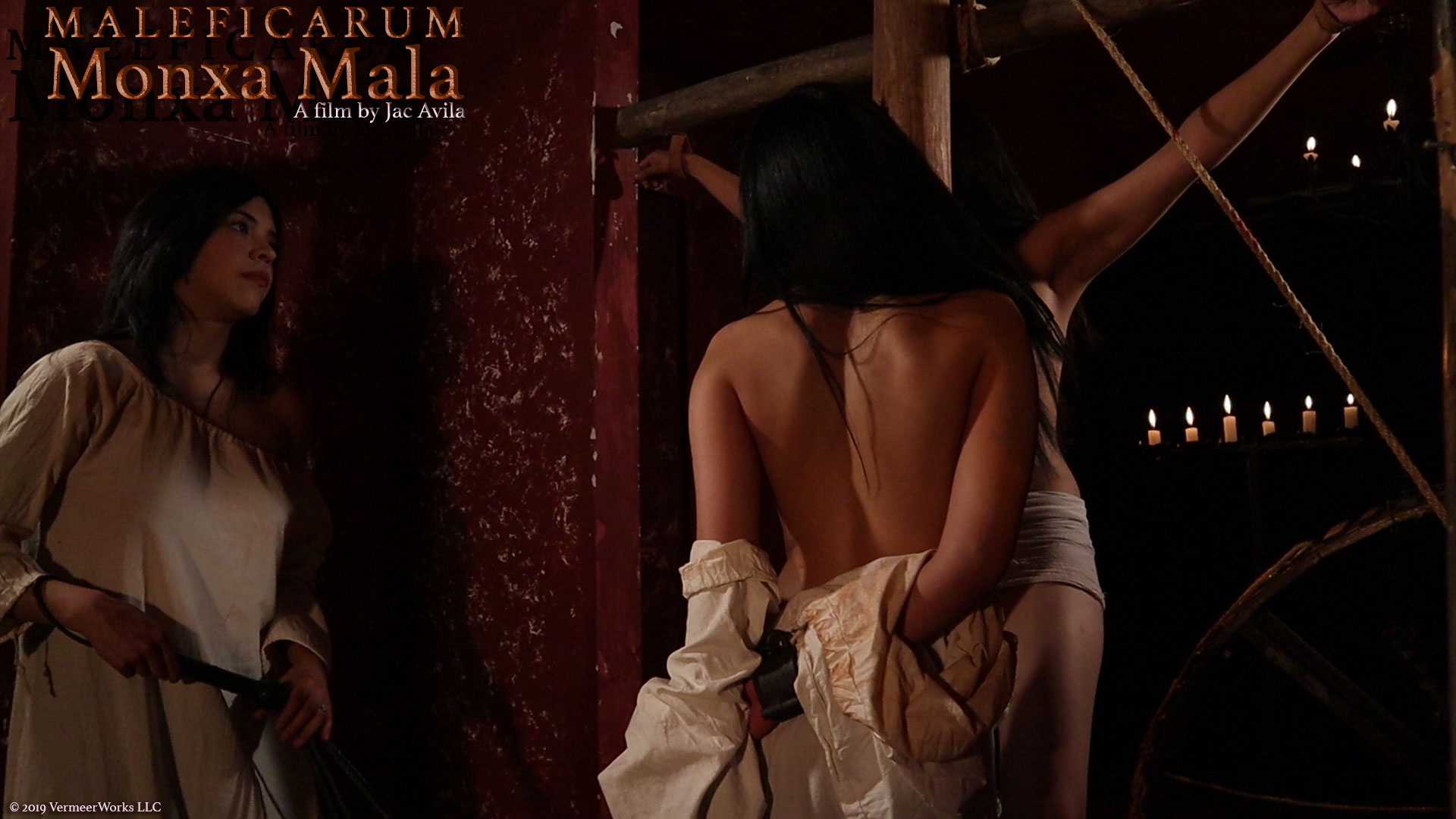 Leticia is an independent spirit and the Father is determined to crush her individuality, vowing to “expel those demons that mortify you.” Shackled and awaiting her chastisement, Leticia endures his sanctimonious judgment of her “transgressions” . . . reckless, conceited, proud, arrogant, defiant, unruly . . . just for a start.

As Leticia grimaces under the lash wielded by Lucrecia, the Father calmly tells her, “You are Eve. God’s sentence hangs over all your sex.” 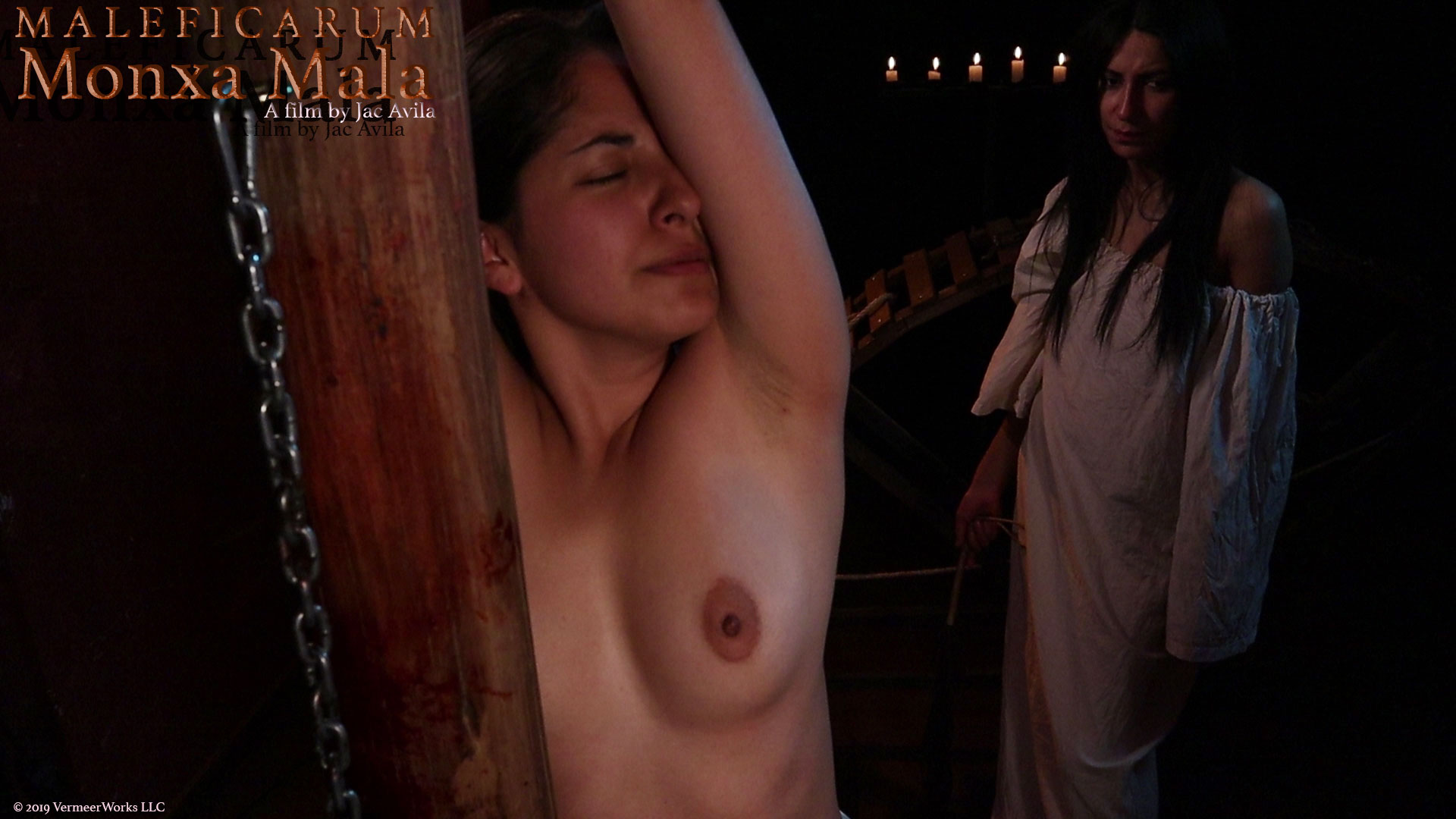 It’s an age-old, time-worn accusation. If left to their own designs, women will disgrace and dishonor the Church. Their curse is the sexual urges they arouse in men, an intolerable situation that calls for action. The best way to stamp out carnal desire, according to the Father’s logic, is to act on it first and then delight in its destruction. In other words, discipline the messenger before disposing of her in a righteous way.

“The cross is a noble punishment,” the Father declares.

The Father sees women as pawns. As God’s representative, he is unsullied, giving him free rein to debase the novices for his personal gratification before justifiably torturing them. We see that with Barbara’s “problem.” It’s taken care of on the rack after she whispers that she might be carrying something of his. 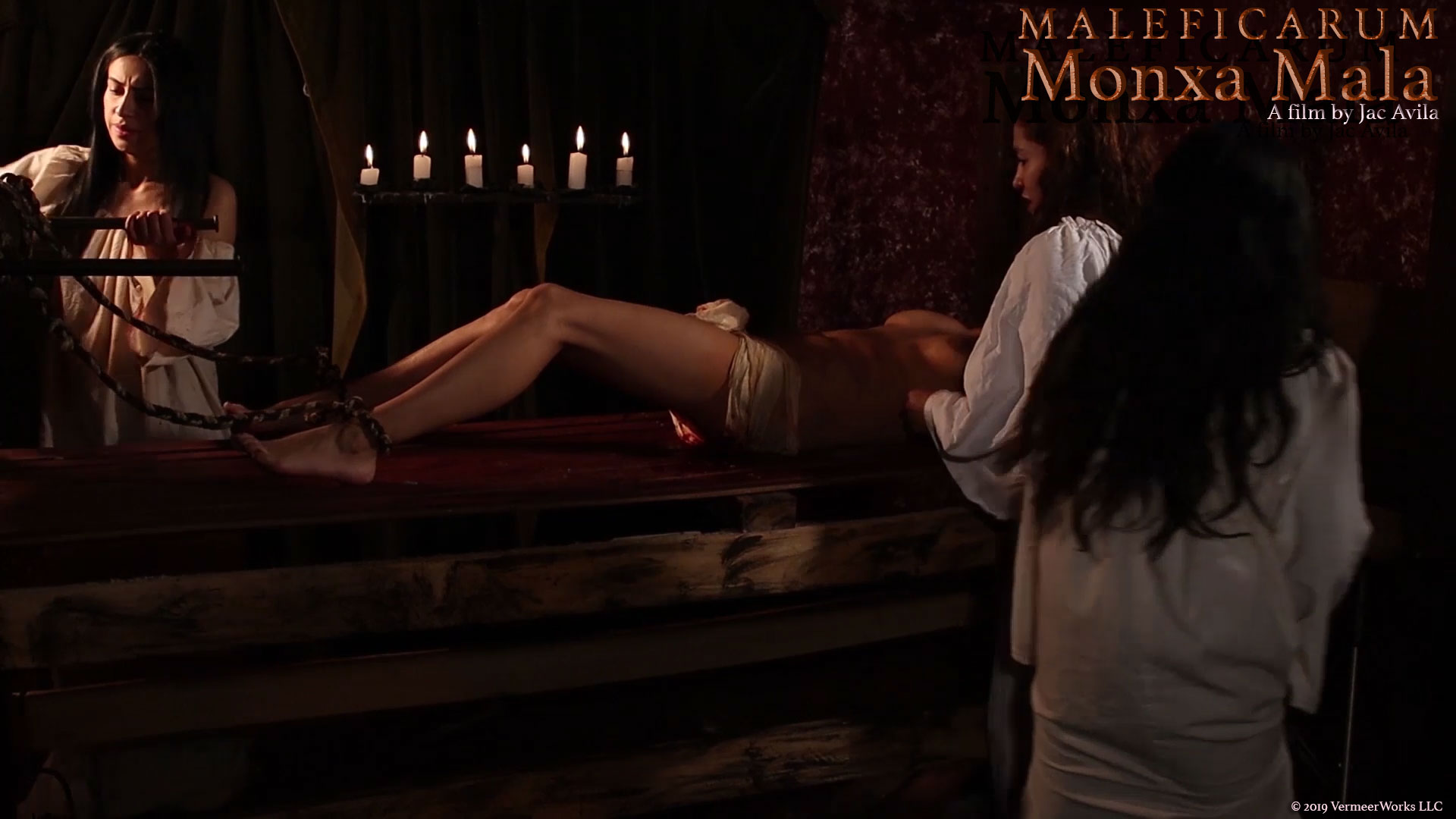 Read More of A Commentary on Monxa Mala: Part Two