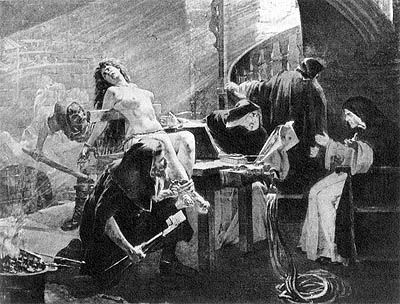 A Commentary on Monxa Mala: The Back Story

By the Early Middle Ages the Church’s patriarchal, anti-woman attitude dominated Europe. Though fighting heresy was their major thrust, churchmen had a history of torturing misguided nonbelievers condemned for dancing with the Devil. The abused victims were often the weaker sex vulnerable to Beelzebub’s seduction. For some holy men, the Church’s tribunal, known as the Inquisition, turned a blind eye to its own sexual licentiousness and sadism that victimized many women. Such was the case with another Lucrecia, a 16th century Spanish girl whose dreams and imaginations were too much for the king. She was charged with heresy, imprisoned and tortured. 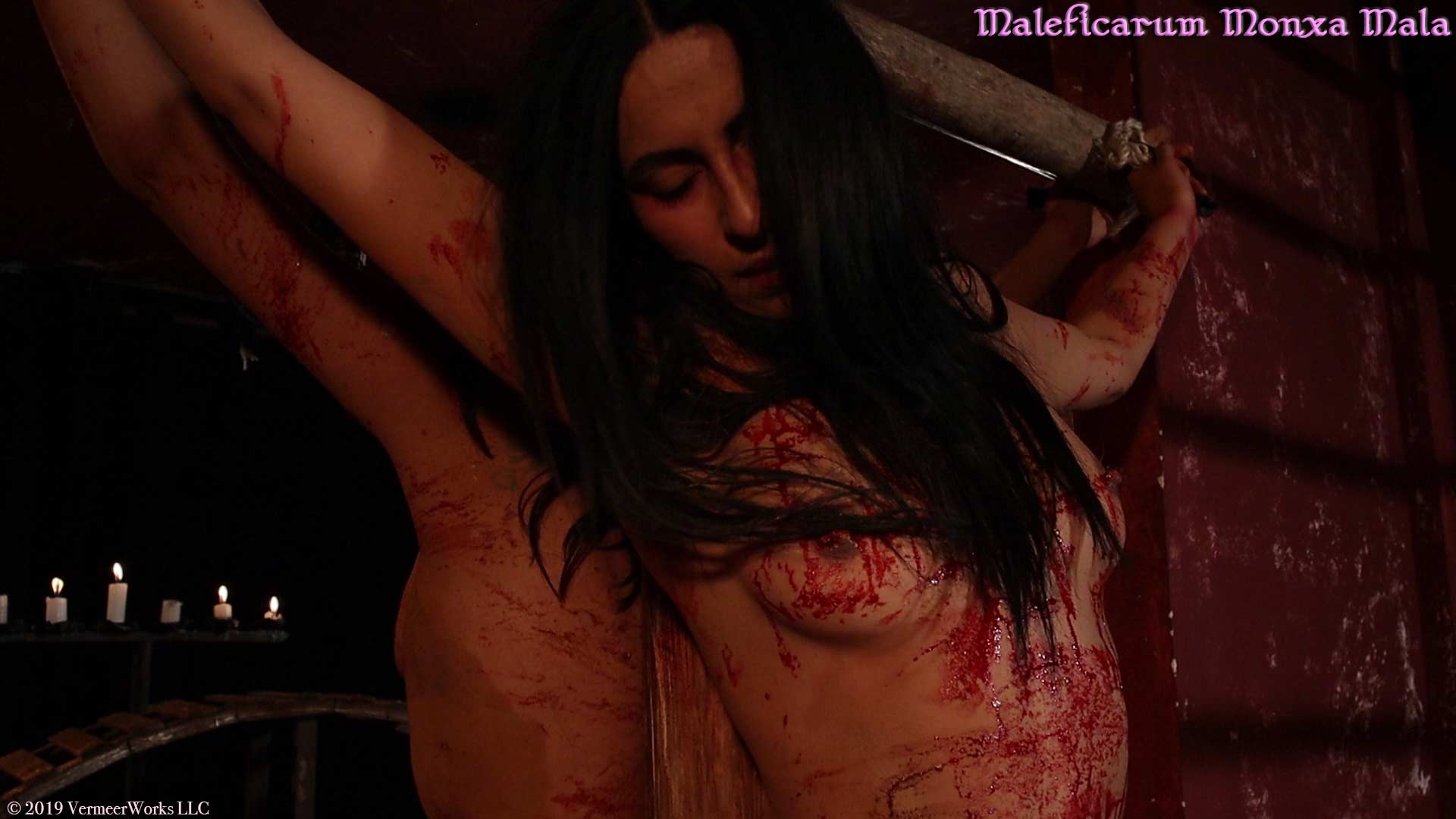 Another female was the virgin martyr Saint Leticia whose Spanish cult is celebrated through feasting. According to legend, Leticia was executed along with the virgin followers of St. Ursula in the Early Middle Ages. No surprise then that Leticia in this film is accused of promoting a pagan repast. It’s worth mentioning that Inquisition tortures were often carried out by the civil authorities who were not subject to the control of the Church. 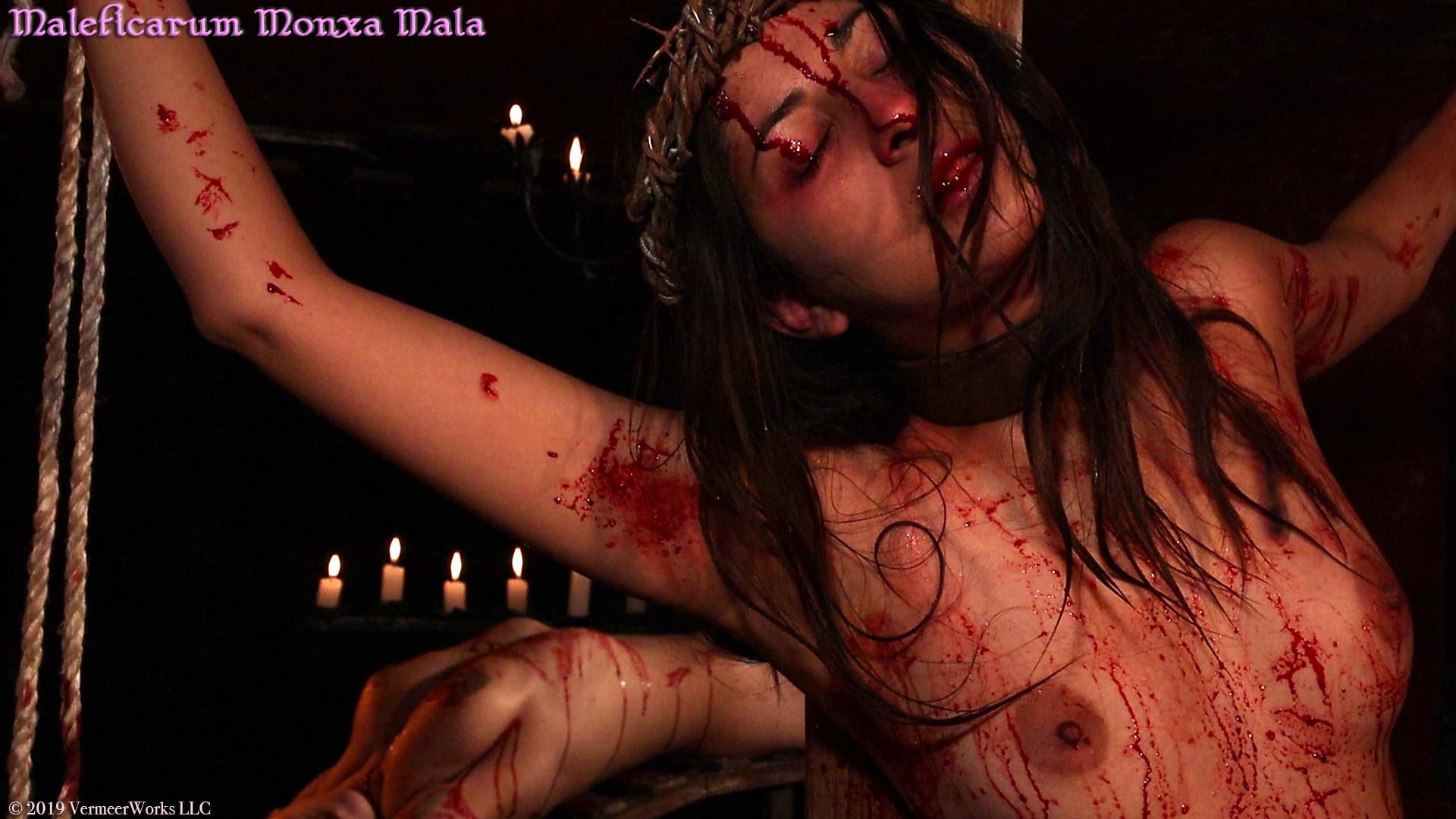 Their barbarity comes from the Roman word for the savage, the non-citizen: the barbarian. Notice that the novice in Monxa Mala who has not yet taken her vows remains outside of the holy order. Her name is Barbara and she wants to be an Enforcer.  In this film, the Father is a metaphor for the church and uses his dungeon devices to satisfy his personal sexual and sadistic urges. 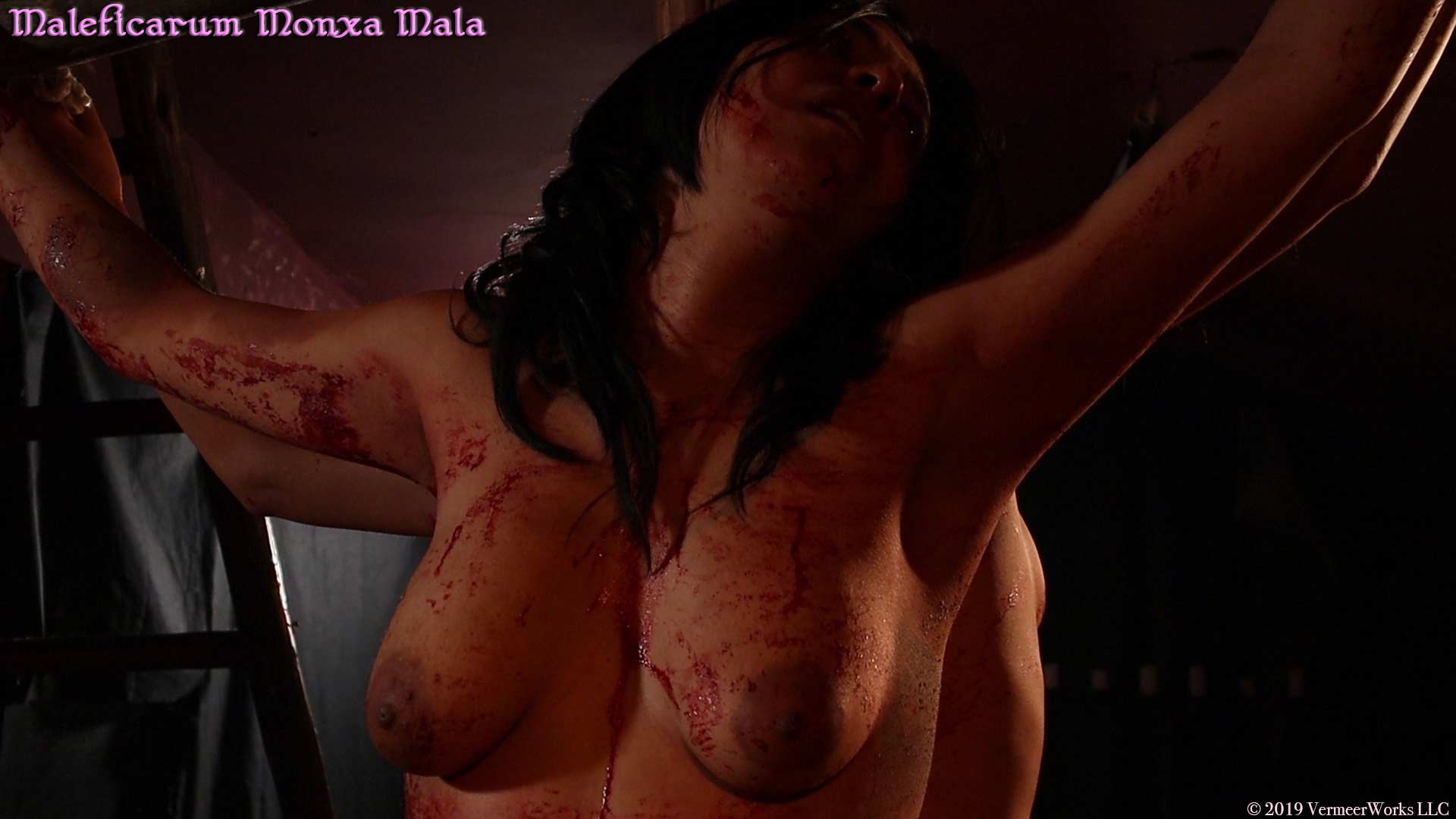 As for the women of Maleficarum II: Monxa Mala, there’s more than accusations of impiety at work here. They are victims of medieval sex trafficking by western civilization’s most stellar institution. Of course, Maleficarum is a reference to witches and we’re left with the question of a cover-up. Who is the Devil in this story and are the nuns worshiping him? A

Note on the Production

The set for Monxa Mala is a modified version of the underground chamber that appears in other Jac Avila films. Because of its limited size, the stage gets crowded at times. However, the cinematography is excellent and the camera is adept at placing everyone in the right position for each scene so that none of the visual impact of the story is lost.