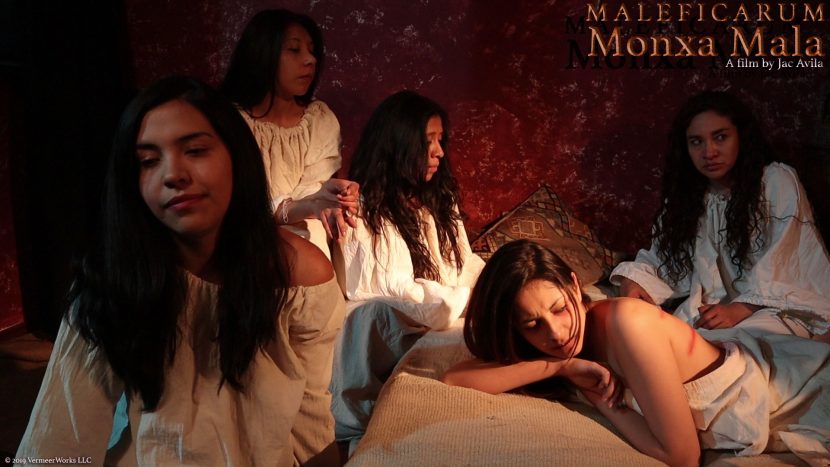 A Commentary on Monxa Mala: The Players

Leticia (Simonne): The Marquise’s daughter. She organizes a pagan feast that breaks “the sacred silence of the monastery” and is punished for her transgression.

Lucrecia (Mila): The Enforcer. She is loyal to the Father. When he orders a scourging to “correct” a deviant novice, Lucrecia steps in to do his bidding.

Father Agustinus (Jac): The “Mad Monk.” He sets it upon himself to “correct” novices to the holy order when they step out of line. The Father runs the underground dungeon show and loves the art of inflicting pain. 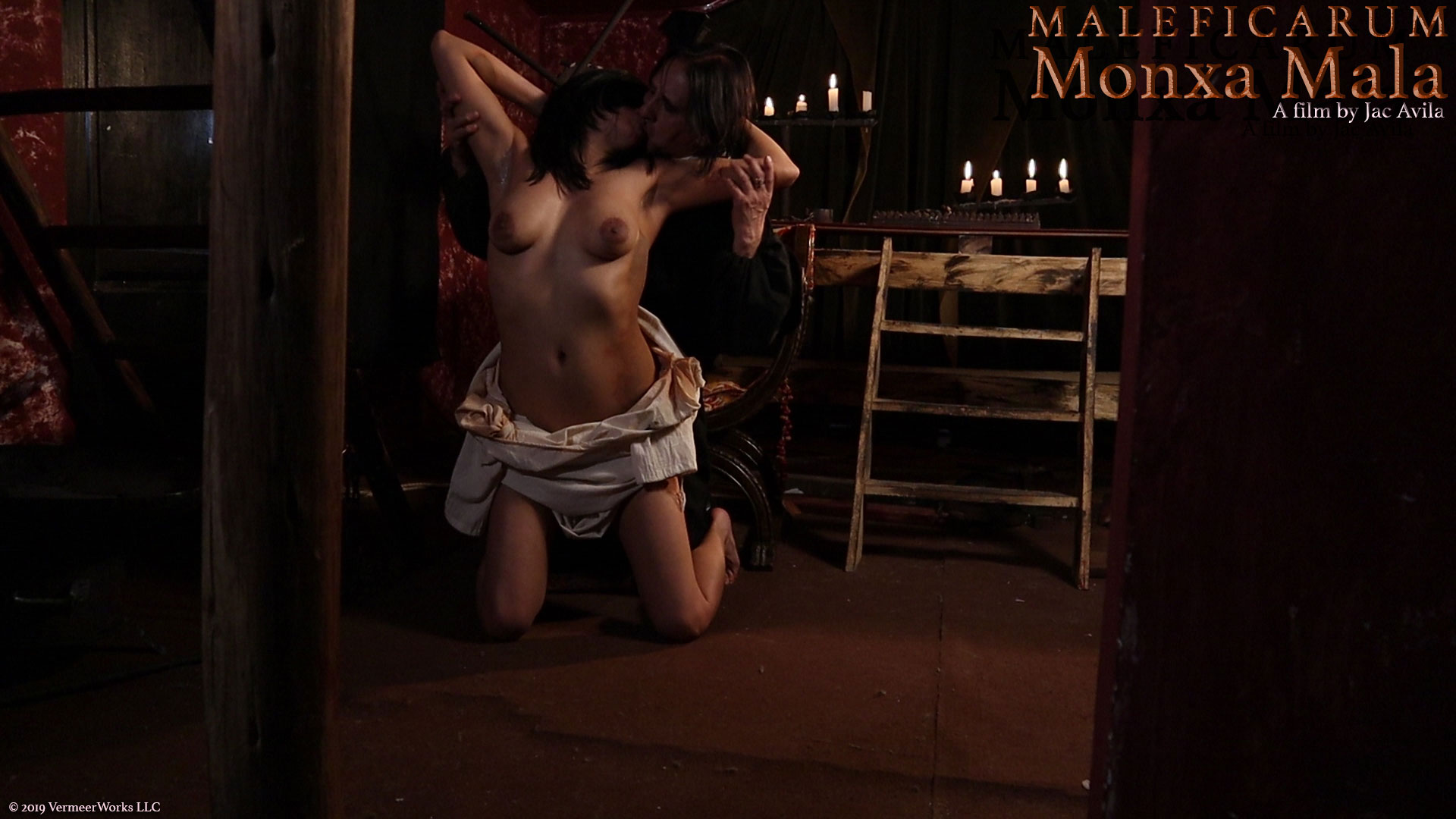 Barbara (Dani): The sexually-charged novice. She carries a prize the Father bequeathed to her, or rather inside her. Barbara desires to be the Enforcer and accommodates the Father for her own gain.

Julia (Stephanie): The masochist. Eager for the pain is this novice’s forte. Julia suffers the welts of humiliation with a smile while having a nasty sadistic streak of her own. When it comes to “getting off” on pain—be it receiving or giving—her favorite phrase is, “It’s my turn now.” 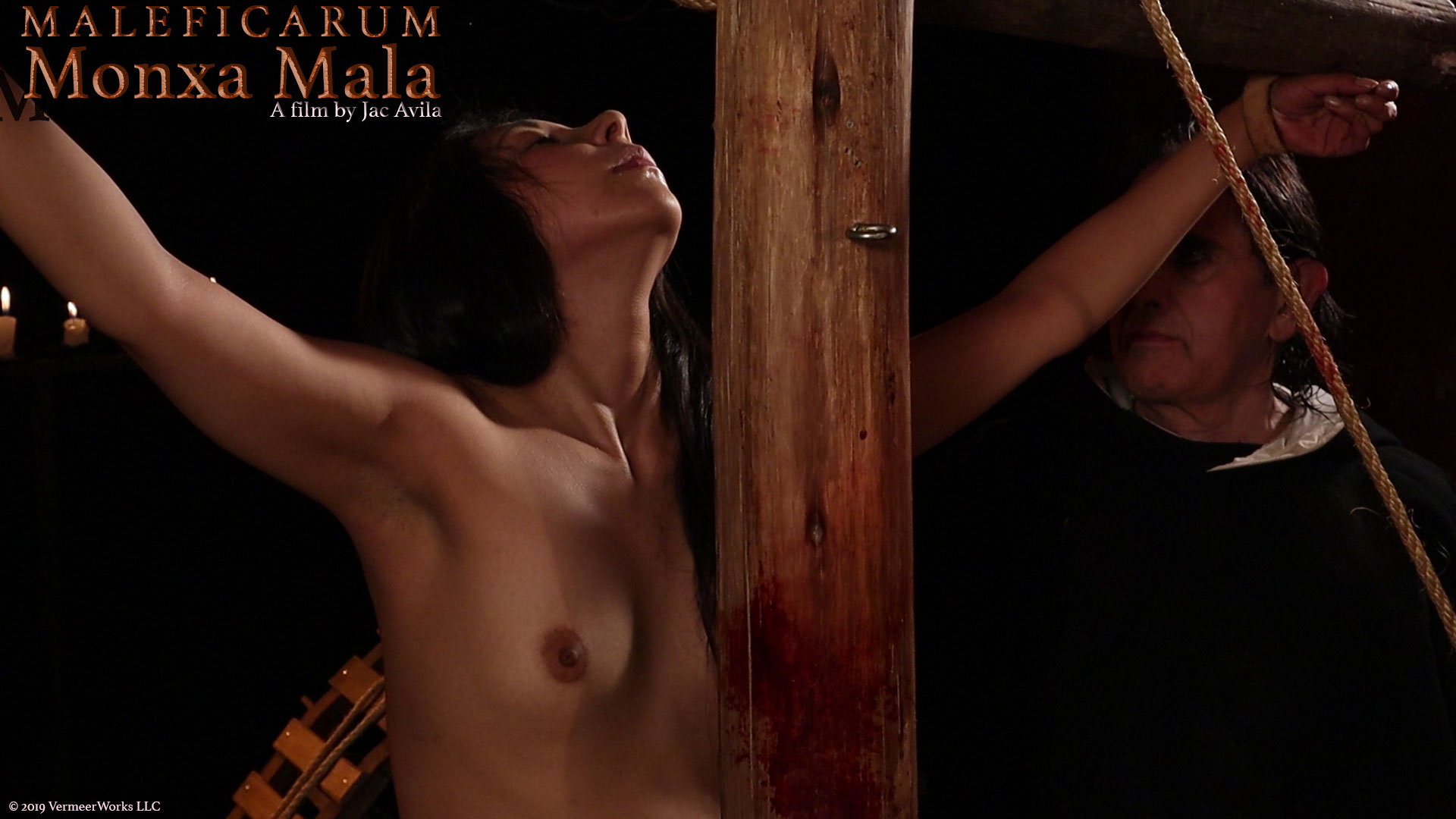 Martina (Graciela): The quiet observer. Martina intercedes for the tortured souls under the Father’s wrath. But, as they say in politics and crime, she knows where the bodies are buried. “The walls are guarding secrets,” she says.

Justa (Ines): The wrong nun in the wrong place at the wrong time. Because she is loyal to Leticia, she is more of a nuisance than the Father can endure.

Read more of A Commentary on Monxa Mala: Part One