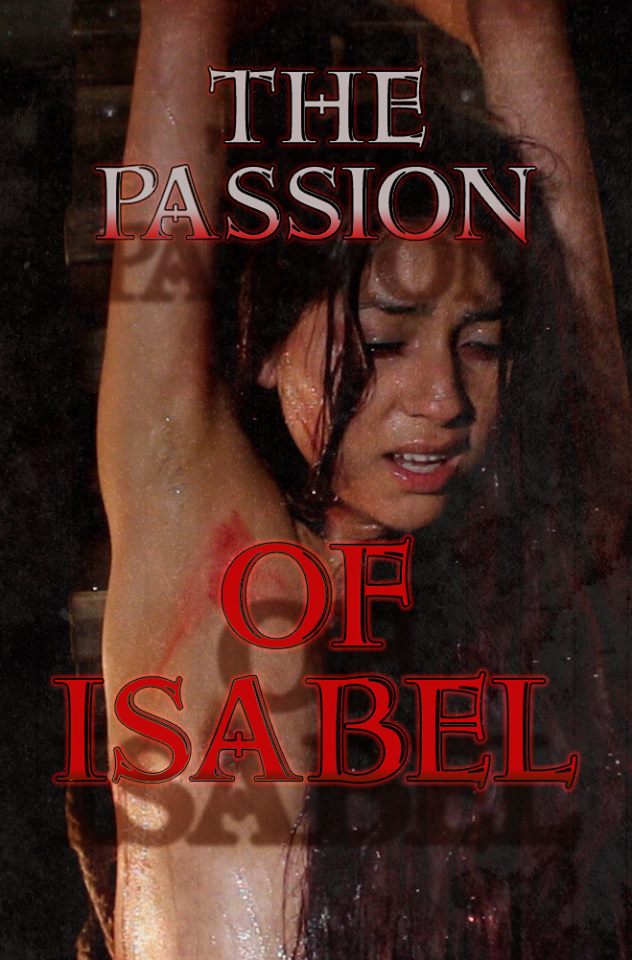 At the beginning of 2017 Jac still had the location that was used as The Dungeon in JUSTINE with all its gadgets. It hadn’t been used since the production of the De Sade’s story ended in December of 2015. The owners were kind enough to let him store the props, specially the famous Wheel there. But that comfortable situation wasn’t going to last forever.
Jac was planning to relocate the props when during the recording of an interview with Bea for an article about JUSTINE, she was asked if she would do a film like that again. She took Jac by surprise when she answered YES

A while before, after the production of JUSTINE was done, Bea said to Jac that she wasn’t going to be acting in a movie like that again, thus Jac’s surprise during the interview.
After the interview was done, Jac asked Bea “Are you serious? Do you mean that? Full nudity?” Again, she answered with a resounding YES to all the questions.

Soon after that revealing conversation, Bea and Jac were at the location, decorating it, setting up the props, testing the whips. They decided to go ahead with a film, just the two of them, alone, with three cameras, the sound recorder, and all the lights. The Passion of Isabel became a reality.

The year is 1501… The world is changing after a great discovery of strange and exciting new lands beyond the horizon. And yet, even amidst this hope, there is still the horror of the Inquisition. It is into this world that Isabel is accused of a horrible crime.

Isabel is called to her father’s side at the high tower in a palace. There, she will meet the man her father has chosen to be her husband: Torquemada – the lord of all the land around her and the palace. When Isabel’s inebriate father proudly and publicly announces that he has given her hand in marriage to his aristocratic friend, she violently refuses – insulting both her father and their host.

Enraged by this public humiliation, her father rushes to chastise her. To free herself from his grip, she pushes him, causing him to fall from the tower to his death. This dooms Isabel. For she is locked in a dungeon to await trial. But there will not be any trial… Isabel’s fate now rests in the hands of Torquemada. And he has only one goal: Destroy the woman who humiliated and rejected him. Will Isabel resist the tortures Torquemada plans for her? Will Torquemada break Isabel’s resistance?

Rich Moreland wrote in a 2 part analytical review:
Bea as Isabel bravely endures her pain to the excitement of the BDSM crowd. But that is only part of her appeal. She uses Isabel’s anguish to seduce even the most casual viewer. It’s a rare talent indeed. Take, for example, the first whipping scene. Isabel’s arms are manacled in a crucifixion position and she growls at Torquemada, “Why are you doing this to me? Damn you, get off me.” But for Isabel, from now on it’s all downhill and there will be no tears only quiet resistance that still flickers at the end.

By the way, this a fabulous scene. Beatriz Rivera’s body is exquisite, her nakedness enchanting. It is one of the best lashing sequences ever filmed by Red Feline or Pachamama Films, for that matter, and that includes the riveting work of Amy Hesketh whose filming resume is without equal in this kind of scene. That, believe me, is high praise and Bea should be proud of her performance in this segment for it alone is worth the price of the DVD.