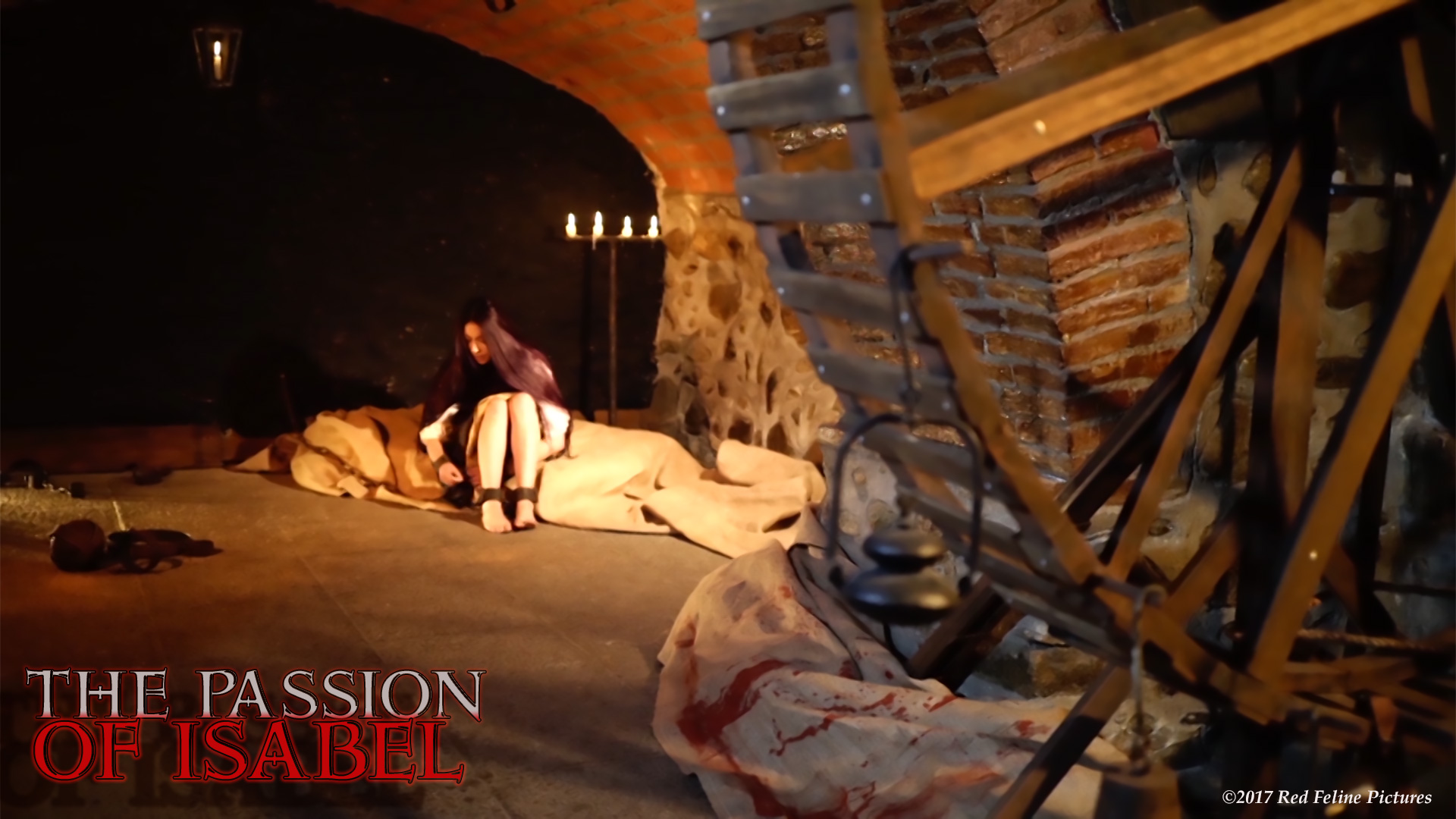 The Passion of Isabel has begun. The lights are set, illuminating the dungeon in a way that makes it sinister and dangerous, as it should be. The sound is where it should be. Everything is set for it to capture every word, every breath, every lash, every scream. Sound rolling, Jac announces first. Camera 1 rolling, camera 2 rolling! Camera 3 rolling! He moves from camera to camera, pressing the record button, waits for the light to appear and moves on to the next. Camera 4 Rolling! Camera Five rolling! He walks, slate-board in hand, to the area where he knows all the cameras are pointed too. The Passion of Isabel Sequence 1, Scene 1, Take 1! He yells, hits the clapboard and walks away. The Dungeon is now the only view on all cameras. No one is in front of the five cameras. JJ waits almost a minute before he gives the word, softly, “action”, almost whispering in Bea’s ears for it is for her to know she’ll go in, dragged by him.

Isabel is wearing her dress, her feet are chained together with shackles, her hands behind her back, also chained together in shackles. She walks with difficulty because the chain between the shackles holding her ankles is very short and the the heavy metal hurt her feet, for real, as she walks. Torquemada drags her in, he does not say anything when she asks why is she treated that way when he himself knows that it was an fatal accident, that her father was drunk and fell to his death without her pushing him, that she’s innocent.

The Passion of Isabel begins. The cameras record the first take which doesn’t last very long. It’s only the introduction, the first scene. The walking distance through the Dungeon on their way to The Cell is very short and the dialogue is also short and it will continue on the second scene, inside the cell where we see her entering from five different angles, by five different cameras, all set to have the same exposure, the same frame rate, the same look, but not the same view.