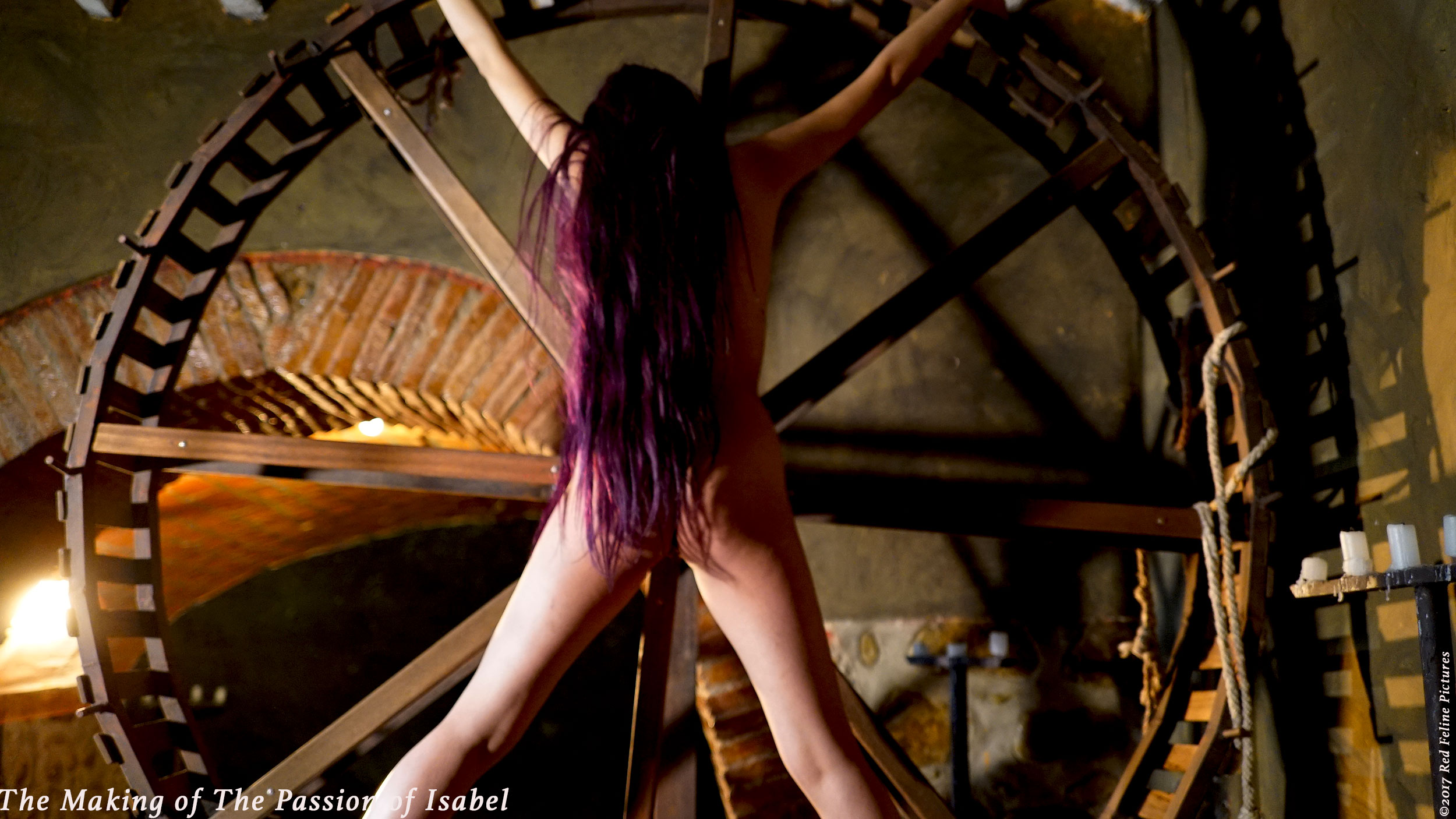 Will Isabel suffer the rack?

This past Saturday Bea and Jac were very busy getting ready for The Passion of Isabel, they spent hours at the set. Actually, Jac spent most of Saturday taking a lot of things to the set first. He recruited the help of Eric, who is strong, at least he seems to be strong when he’s torturing the ladies. Jac needed to take the crane, the lights, huge and heavy bags of sand, and many other things to the set. He could not do it alone, of course. So with Eric’s aid they filled a station wagon to capacity and drove to the set. Once there, they went about setting things up.

The question in Jac’s mind was what kind of Rack was he going to be featuring in his new movie. He had an idea but he wasn’t sure if it would be physically possible. The Wheel that was built for JUSTINE was also designed to serve another purpose if it stood upright. When at an angle, a safe angle, it could be rotated with the victim tied to it spread eagle. It was used that way in Justine to great effect.

But Jac didn’t use the wheel upright. He wasn’t sure it was safe to do anything with it, although when discussing with Amy, they considered using it as a rack, to stretch the victim on the side of it. During the production of JUSTINE it was hard enough to deal with the wheel the way they did, but the idea stayed in Jac’s head. So, once in the location he set out to put The Wheel upright, with the help of Eric and the heavy bags of sand. The way The Wheel is built, it has the tendency of falling forward when it is upright. That’s why there’s the need for the heavy sand bags to hold it in place. So… The Wheel is now Upright. Once that was done and once some of the lights were set up, randomly, Erick left and Jac waited for Bea. Jac needed Bea to test his idea and to see if she was willing to be put through that… and to make sure it was safe, within perilous reason, of course. She arrived and the testing began.

Read the complete story at the Red Feline Club